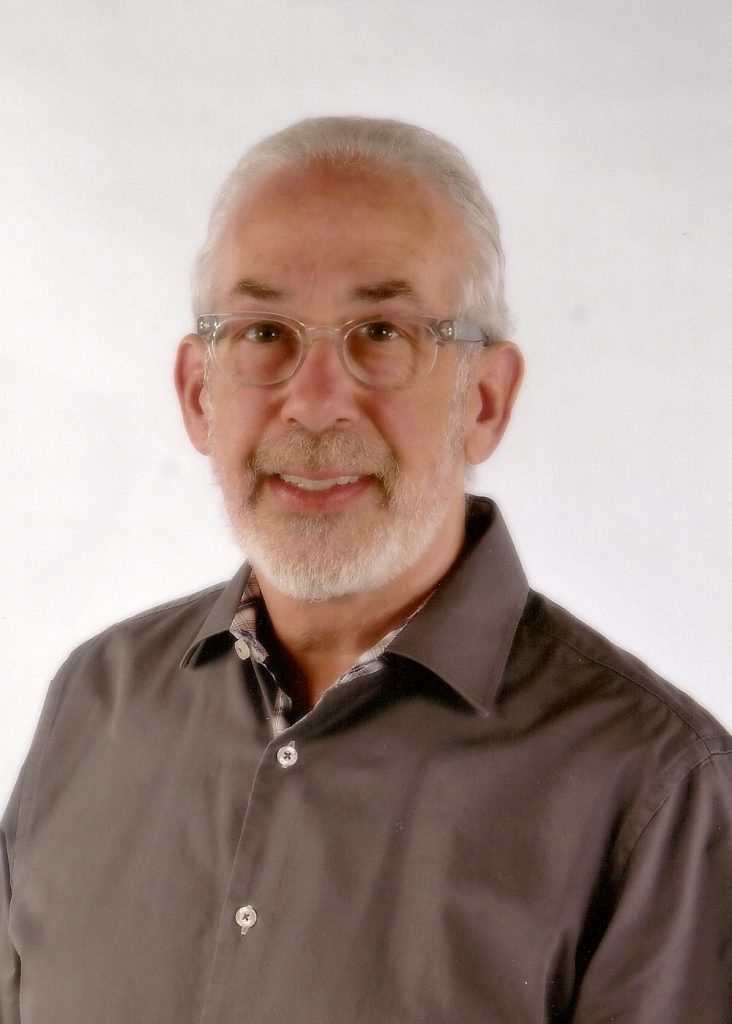 Pioneer in electromedicine for pain and mental healthcare treatment, founder of Electromedical Products International, Inc., military contractor and author of articles, books and chapters on pain and stress management, including recent contributions towards Complementary and Integrative Treatments in Psychiatric Practice (American Psychiatric Association 2017).

Dr. Daniel Kirsch’s Bio:
Dr. Kirsch is the President of the nonprofit American Institute of Stress, and the Chairman of Electromedical Products International, Inc. He has over four decades of experience in the medical field, including extensive clinical practice experience. Throughout his career Dr. Kirsch has designed medical devices and their applications and developed clinical systems for implementing pain and mental health normalization technologies.

Starting out as a 17th century philosophy major in college studying the great philosopher, mathematician and neuroscientist René Descartes, Dr. Kirsch became interested in pain mechanisms and as a result studied medical sciences, Chinese acupuncture and Japanese martial arts (Isshinryu karate). At the time (circa 1972) acupuncture was considered surgery so he invented a needleless acupuncture method he called “electro-acutherapy” by replacing the needles used in electroacupuncture with surface electrodes. To do so he had to move all the acupuncture points so they were directly over the points on the skin surface, as opposed to when needles are inserted for an inch or so at a sharp angle into the point. He documented that in a book titled, The Complete Clinical Guide to Electro-Acutherapy, published in 1978. In graduate school Dr. Kirsch refined this methodology and started developing technologies to make acupuncture faster, more effective, safer and more modern. He taught his original techniques throughout the world, from the USA through Europe, The Middle East, China and Japan. After earning a PhD In neurobiology, he founded Electromedical Products International, Inc. to commercialize Alpha-Stim technology for pain management and then for treating anxiety, depression and insomnia.

Dr. Kirsch is the recipient of the American Academy of Pain Management’s 2008 Richard S. Weiner Pain Educator Award that is given to an individual who has contributed to the advancement of the field of interdisciplinary pain management through the training of pain management professionals. He is author of several books and book chapters including contributing to Healing War Trauma: A Handbook of Creative Approaches (Routledge, 2013), and Cranial Electrotherapy Stimulation for Anxiety, Depression, Insomnia, Cognitive Dysfunction, and Pain in the textbook, Bioelectromagnetic and Subtle Energy Medicine (CRC Press, 2015). Most recently he contributed to the book, Complementary and Integrative Treatments in Psychiatric Practice (American Psychiatric Association, 2017), was featured in Justin Smith’s 2017 documentary movie, Body Electric: Electroceuticals and the Future of Medicine and it’s 2019 sequel, The Brain Electric: Healing Wave of the Future, and co-authored a chapter on CES in a book by the American Psychological Association, titled Using Technology in Mental Health Practice (2018). Dr Kirsch is also the Editor-in-Chief of two quarterly magazines published by the American Institute of Stress, Combat Stress and Contentment.

According to Dr. Daniel Kirsch, why does Alpha-Stim work to improve mental health:

The brain is actually far more electrical than chemical. Mood disorders like anxiety and depression are controlled through electrochemical signals in your brain. When these signals aren’t functioning properly, the hormones and neurotransmitters that regulate your emotions can become unbalanced causing changes in your mood and other symptoms. By modulating the brain’s electrochemical signals, Dr. Kirsch’s Alpha-Stim brain tech can safely and effectively improve your mood. And it does so at the speed of electricity, faster than you can metabolize a pill. Alpha-Stim® is a small, FDA cleared, prescription medical device that uses an extremely low level of electric current in a procedure known as cranial electrotherapy stimulation (CES) to alleviate anxiety and depression, manage pain and improve sleep. The technology is based on an exclusive patented waveform that’s the most researched and proven (100+ studies) of its kind in brain tech devices.

Think of the waveform in a therapeutic medical device like the chemical ingredients in a drug. The waveform passes between two electrodes that you clip on to your earlobes penetrating all areas of your brain. You just place the ear clips on your ear lobes and set the current to a comfortable level. The current is so low that many people do not even feel it at all, although at higher current settings it makes you a little dizzy, like rocking on a boat.

Drugs affect receptors on the surface of cells and the receptors then send their messages into the cells basically telling the cells what to do. They do this by what is sometimes called the lock and key principle. The drug is the key that unlocks the receptor. One hundred years ago this was thought to be a mechanical process, like using a key to unlock a 20th century car door. But now we know that the drug is actually matching frequencies with the receptor to activate it and therefore does not need to actually fit into the receptor but rather can just be in the vicinity, like a 21st century key fob that can unlock your car door across the parking lot. Just like your key fob, the Alpha-Stim waveform is designed to emit a range of fine-tuned biological harmonics that will activate your cells and return them to homeostasis, or normal functioning. And just like nothing happens if you try to open another car with your key fob, the Alpha-Stim waveform will not cause any side effects in normal functioning surrounding cells.

It is non-invasive, not painful, and you can use it in the comfort and privacy of your own home. Treatment takes 20 minutes to an hour per day and can be done while you are going about your business at home or work, although driving is not recommended because of the relaxation effect. Alpha-Stim is effective over the long- and short-term, and over time, you can decrease treatments to just 1-3 times per week or on an as needed basis.

Many people experience significant relief after a single treatment. It has been said to melt away anxiety within minutes in many people. It can even stop a panic attack. With continued use, the effects of the Alpha-Stim brain stimulation device can be even greater, increasing cumulatively over time as your brain returns to normal. Alpha-Stim for anxiety and depression is designed to help you avoid or reduce the need for medications, but it is also safe to use in conjunction with medications while you slowly taper off the meds under a doctor’s supervision. The only side effects are rare and self-limiting such as a slight headache due to your neck muscles relaxing unevenly during the first few treatments, and skin irritation at the electrode sites in very light skinned individuals who can only burn, but not tan from the sun.

“We are all a collection of psychopathologies!”

The Brain Electric: Healing Wave of the Future

The Body Electric: Electroceuticals and the Future of Medicine

Stress in Health and Disease