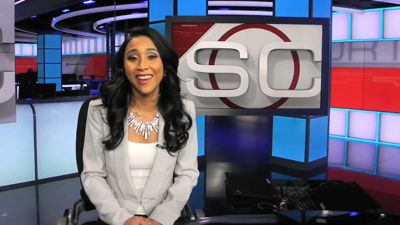 What past life experiences, physical traumas or genetics do you believe have had an effect on your mental health?
My own personality (e.g. perfectionism, achievement-oriented) coupled w my first real injury as an athlete & tennis player (two stress fractures in my back) had a tremendous effect on my mental health. It happened when I was 17 years old. Up until that point, sport had dominated my life. I ate, slept, & breathed tennis. I was strong, fast, & athletic. Like many kids who lack maturity, I felt impenetrable.

When the doctor told me that I had two stress fractures in my back & would have to be on bed-rest for several months, I was completely devastated. It was a huge road block, considering I was playing the best tennis of my entire career. Ranked top #5 in the country, I had earned a spot on the U.S. National Team, was being recruited by nearly every college in the country, & was even training w the World No. 1, Martina Hingis.

With a blink of an eye, everything had been stripped away from me. As I sat on the sidelines, I felt as though I was letting everybody down. My parents. My coaches. Myself. My prospective schools. I was desperate to find some sense of control in my life & that’s when I discovered food as a coping mechanism. It was then that I developed an eating disorder – an issue that I would struggle w for many years to come.

How did the effects on your mental health appear in terms of symptoms?
On the surface, I probably seemed fine. Even though everyone (my parents, coaches, & friends) noticed I was losing weight, no one really knew what was going on inside. Mentally, I was in a state of anxiety since doctors had put me on bedrest. I went from 100 mph to zero & had all this pent-up energy. Emotionally, I felt isolated & depressed. Without tennis, who was I? That’s the tricky thing about mental health. No one ever knows what another is battling inside & even when there are signs, they may be too subtle or confusing for outsiders to understand. Consequentially, the issue is never addressed because the issue doesn’t appear serious or loved ones aren’t equipped to handle it. That’s exactly what happened w me.

My eating disorder improved once I returned to tennis later that year, but it returned during my freshman year at Duke & with a vengeance once I left the game entirely after college. Without sport, I experienced a major identity crisis. Focusing on food & exercise gave me an outlet to release all those negative emotions & energy inside. I could count calories & know exactly where I was headed. I could look on a scale & know my exact value – even though I knew I was more than just a number. Losing weight even gave me a little bit of the adrenaline rush I missed from playing competitive sports. As I left tennis & began my career in sports broadcasting, my eating disorder gave me a sense of stability in a world full of chaos & unpredictability.

When and why did you decide to ask for help to get relief?
As I entered my 30’s, I turned a corner & surrendered to the thought of getting help. I was tired – tired of not eating, tired of overtraining, tired of overworking, & tired of all the self-hate. I knew that what I had done in my adolescence & 20’s was not sustainable. My help came in the form of therapy & it took me nearly a year to find the right one.

In sports, we all have coaches, so why not get a coach for life? I had gone through five different therapists & even though they all had helped in some capacity, I was hopeful there was something better out there. And I was right. Thankfully, one of my best friends suggested I go see her therapist & that’s when I found “Dr. B,” as we like to call her. In the beginning, I spoke to Dr. B about a relationship I was particularly unhappy with. As time went on, I started opening up about other things, including my feelings related to tennis & all my health issues. It was like peeling back the layers of an onion: it took a lot of time, patience, & tears. I spent the next 7-8 years working w Dr. B & even though it was really challenging (& at times painful), the hard work paid off. I can honestly say that she saved my life.

What methods helped you individually get/feel better?
In addition to therapy (2-4 times each month), I made personal growth a priority in my life & did anything that would help that process. First, I read tons of books. It was my way of finding answers on issues that I was either embarrassed about or just wanted to keep private. I read about mindfulness (The Power of Now by Eckhart Tolle), perfectionism (Perfectly Imperfect by Harper Sloan), eating disorders (Life Without Ed by Jenni Schaefer), & happiness.

Secondly, I started developing a morning routine (The Miracle Morning by Hal Elrod is excellent!) that allowed me to express my feelings, address them, & then, redirect my attention towards my goals. Lastly, I started meditating. Of course, I had a great support system in my family & friends, but I was really committed to establishing a system that wasn’t reliant on others. If I wanted to get better, this was going to be a journey that I would have to do on my own in improving the relationship w myself.

Why did you decide to go public with your story? Who were/are you hoping to help and how?
I was finally comfortable w myself. Before I could ever share my story w others, I needed to face my own truths, heal from those pains, & be at peace with myself. Once I did those three things, I was no longer afraid to be vulnerable and open myself up to others. It was a slow process though. At first, I talked to my parents about my eating issues, how tennis impacted my identity, & also, how it affected our family dynamics. Then, I started talking to my friends. Eventually, I would share my #SameHere🤙 story w others, including coworkers, acquaintances, & even the public.

I had two motivations for sharing my story. First, it was therapeutic. I felt like I had been living a lie for so long. Even though others didn’t see it that way, revealing my truths & getting it off my chest was a release. Second, I told my story because I wanted to help others. Whether it had to do with injuries, retirement, identity issues, body image struggles, eating disorders, or dealing w the inner critic – I wanted to let people know they aren’t alone & there is always a way out.

People responded w such warmth & kindness. It was weird because in my head, I was sharing these big secrets w the world. I had spent so many years w a wall up for fear of judgment or criticism. What if people looked inside – inside of me – & didn’t like what they saw? I decided to take the plunge & was amazed at the amount of support I received. In fact, the more I opened up about my struggles, the more others opened up about theirs. Having the courage to let go & be vulnerable helped deepen all my relationships. It also gave me confidence to know there is nothing to be ashamed of & that I should be proud of my journey.