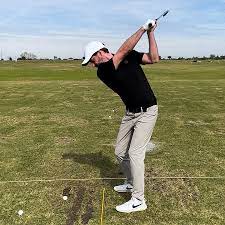 I experienced a high level of anxiety and fear as a young boy. My belief is that I was predisposed to some mental health issues genetically, and then certainly as I grew up they became more severe and apparent. I suffered a severe right femur break when I was 12 which was a traumatic injury for me. I know after that injury I was far more fearful in general about my own safety and that of others than I had been prior.

I spent a long week in the hospital, the surgery was quite major and I had to be on morphene for the week. Physical therapy was very tough and painful. After leaving the hospital I experienced a lot of guilt for those around me that had to do extra to look after me. I also found that I had lost the more fearless attitude we see in young kids, I was constantly worrying about re-injuring myself. I spent a lot of time alone during my recovery, I had to miss a season of hockey which made me very depressed.

Unfortunately, I spent my entire teenage years and my early twenties trying to cope with my symptoms on my own. I had developed severe panic disorder and had depressive episodes that made life very difficult for years. At the time I just felt too ashamed to seek out any professional help.

In my mid twenties I finally decided to get some professional help. I saw a psychiatrist who prescribed me anti-depressant and anti-anxiety medications. This helped get the panic attacks under control, but certainly wasn’t the end of my issues. About 6 years after that, my condition really took a turn for the worse during Covid lockdowns. I did a lot of self-medicating with drugs, homeopathic remedies, etc. and started doing some therapy on TalkSpace. While I felt I was making progress, I was still going at the issue too lightly and my condition reached a breaking point about a year ago now. My fiancée was extremely supportive and got me to go to a TMS clinic where they did simultaneous talk therapy. It has been a long process require a lot of patience and containing a lot of ups and downs, but I’m in a far healthier place now than I was last year. Things like meditation, increasing exercises, strict morning and night routine and mindfulness were all very helpful to me throughout the process.

I shared my story initially because it had just become too difficult to keep living with the burden of no-one around me knowing how sick I was. I had more or less kept it a secret for the majority of my life, and I could see that for me to get better I needed to be more open and honest to take pressure off myself. The initial act of opening up was difficult, but I am happy I made that decision now. I’m always hoping to help anyone who may be struggling in silence as well and might just need a bit of help and guidance to get on a better path. I’ve spent a lot of time talking to people about this since, and it’s been very therapeutic for me.

The reaction was overwhelming positive and supportive from friends, acquaintances and even people I’ve never met that just know me through my online platforms. Most importantly, when I shared the full depth of my illness with my fiancée she was extremely supportive. I could not have recovered without her support and ability to get me the help I needed.