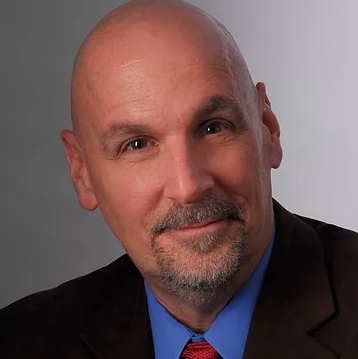 Host of the “On Your Mind” Podcast

Timothy J. Hayes, Psy.D., is a Licensed Clinical Psychologist in private practice in Crystal Lake, Illinois. With over forty-five years of successful experience, doing therapy with individuals and families Dr. Hayes integrates mind/body energy techniques into a client-friendly model. This model emphasizes that people possess within themselves the resources necessary to deal effectively with a wide variety of problems and challenges.

Dr. Hayes specializes in relieving post-traumatic stress (PTSD)symptoms. He has helped countless individuals and families resolve the effects of severe trauma, whether recent or in the distant past. These traumas include; verbal, physical, emotional and sexual abuse, as well as severe physical trauma and loss. Due to his experience and ability to integrate a range of therapeutic techniques, he helps clients in the most cost-effective and time-efficient way possible.

Dr. Hayes remains on “the cutting edge” of mental health services by integrating some of the newest and most effective approaches into a results-oriented therapy style. Some of the tools he employs are:

The Emotional Freedom Technique (EFT) and

As a psychologist and a father, Dr. Hayes has taught parenting skills and written extensively about power struggles, (for over twenty years). His widely acclaimed book, Parenting Power Struggle Handbook is now available from his web site www.ch4cs.com.

In addition to his role as therapist, and parenting expert, Dr. Hayes has been co-hosting and internet radio show one hour a day, five days a week for the past ten years, teaching and supporting people in using the most powerful, effective, efficient, and accessible tools he has learned in his career. He is also the host of the weekly podcast, On Your Mind, hosted by Journey’s Dream in which he interviews people and professionals who are working to rewrite the narrative on mental health to one in which Optimal Health and Well-Being is possible and expected.

My paternal grandmother suffered from severe mental health issues during the time when “shock therapy” was performed routinely & without muscle relaxers. Later in her life she was unable to live alone and lived in our house for several years as she declined mentally. It was difficult for me to watch her decline, but this experience also opened up my eyes to the field of psychology.

One of my father’s best friends was a brilliant psychologist and he told me when I was a teenager that I would make a good psychologist.

Then when I returned home after college, with a bachelor’s degree in psychology, I discovered my father in the throes of a full-blown manic episode. My mother and I worked to get him treatment and keep him from hospitalization which would have resulted in him losing his career. We travelled with him out of state to visit that psychologist friend, and were successful in both saving his career, and helping him return to normal functioning.

My father was one of the lucky ones, who was able to be stabilized on medication, and did not have a chronic, progressively worsening course of disease process. I realized however that he was never quite the same after that first episode. I always wished he could have been more motivated to use various therapies in addition to simply relying on medications, which would have helped him identify and resolve some of the effects of the many traumas in his life (including the death of his father when he was six years old).

This motivated me to explore techniques which were specifically designed to help people resolve the effects of past trauma, and left me attracted to approaches that were non-pathologizing and focused at the cause level, rather than just suppressing symptoms. While still in college I took a job as a probation officer which meant I was working with people who struggled with serious health issues. This helped me be results-oriented in my work and therapy, searching for practical tools that would yield clear results.

As I graduated from graduate school the insurance industry was just seeing the beginnings of “Managed Care”, and the birth of HMO’s.  This meant two big things: 1) we got paid less, 2) we got pressured to be results oriented and “fix” people in the fewest possible number of sessions. I watched a revolution in therapy through the late 1970’s into the middle of the 1980’s.  The focus of this revolution was on being able to demonstrate benefits in a “brief” therapy approach.

One of the most important areas of study for me was specific techniques designed to help people resolve the effects of past trauma. I began with training in Depth Oriented Brief Therapy – Now Coherence Therapy.  This led me to EMDR training, and then Neuro-Emotional Technique, (N.E.T.) training, and Bio-Energetic Synchronization Technique training.  Soon after learning the Neuro-Emotional Technique I discovered EFT Tapping with Gary Craig, and began teaching that very empowering tool to any of my patients who were willing to learn it. With EFT tapping I teach breathing techniques and utilize various other tools such at Bio-Acoustical Utilization Device, (B.A.U.D.). I also use the very power and practical tools provided by Dr. Michael Ryce which include specific worksheets patients can use between sessions to resolve conflicts and use negative emotions as part of their infallible internal guidance system.

When I first began working with things like EMDR, and N.E.T., back in the 1990’s I got very mixed reactions, and some of my colleagues even shunned me. These days it feels more like the work I do is “mainstream” within those therapists and psychologist who are results oriented.