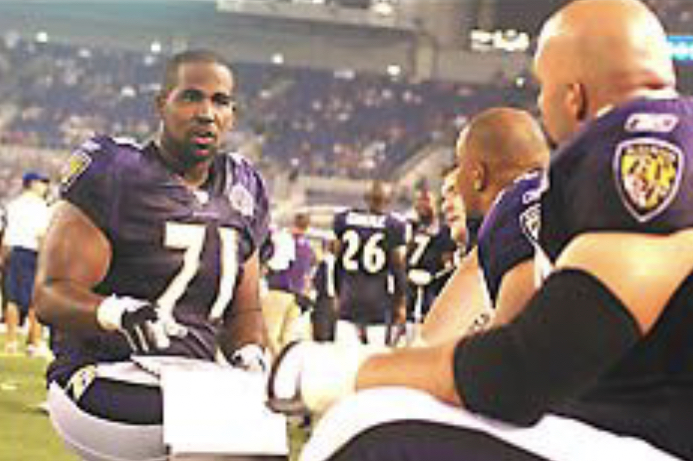 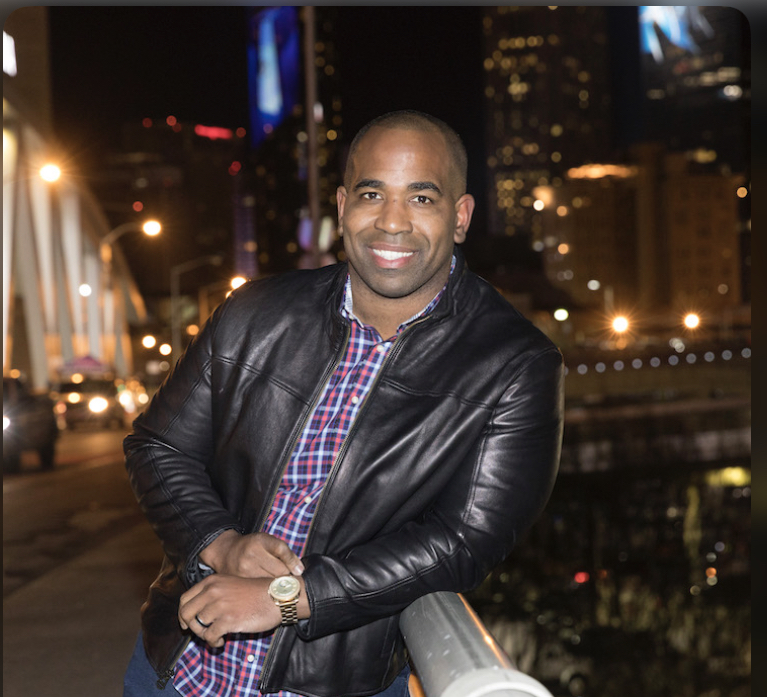 Former NFL Offensive Tackle and Center for four teams in a five year span. After retiring from the NFL, he founded Kayden Premier Enterprises, a large construction and contracting company based in Baltimore.

Recently he has turned his efforts to keynote speaking, executive coaching, and corporate training. His goal is to help others succeed in places where he failed.

Growing up in a single- parent home led by my father, he inspired perseverance and fairness and helped me to learn goal-setting and how to define my values. He was a big influence on me making the NFL. As far as my career, in 2003, I was drafted into the NFL as an Offensive Lineman by the Jacksonville Jaguars. After 5 years of playing in the league, back injuries made it difficult for me to continue and I decided to retire and pursue a career in construction and contracting.

At the age of 27, I had founded a construction company called Kayden Premier Enterprises. It became the largest minority contractor in the area of site-work in the city of Baltimore and the state of Maryland for two years. The company had fast growth, but eventually, after my playing career was over, the business went bankrupt, losing almost 2 million dollars on one project in a matter of only 90 days.

At a similar time, I had dealt with the sudden passing of my father. It brought me to low places leading to depression, alcoholism, and addictions for pain management.

I just was not able to do what I had to in order to sustain a high caliber career (in the NFL). This along with the previous challenges mentioned had a real negative effect on me. I felt isolated, empty, lost, defeated and most of all there were days I tried to end my life with excessive drinking, as I felt I didn’t want to continue on.

I realized that if I didn’t get help that my father’s legacy would not be shared with others. Once I realized that, I decided I needed to go get some help…

During my darkest hours, I pulled myself together, got a part-time job as a custodian, and with hard work and determination became an inspirational keynote speaker, executive coach, best-selling author and marketing leader, helping to build the success of others.

I am living proof that if you have a problem that needs medical help or therapy, you have to go get it, and you can turn your life around.

I began counseling for help from the outside, as well as exercise and meditation to take control from within. I focus on building momentum. Small wins daily turn into medium wins, medium ones into big wins.

I decided to share my story to help inspire others to live their best life, and not make the same mistakes I did. It’s really important for us to understand that we are human beings, with errors and faults. We can’t keep looking down on our faults as a reason to stay down on ourselves. I was able to rise above my challenges and I now enjoy inspiring others to do the same.

They have been truly inspired and they learn that making mistakes doesn’t mean something is over. It has truly been an awesome feeling!!!