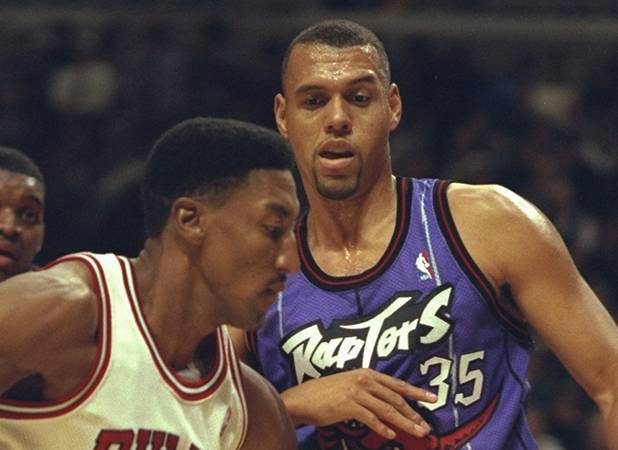 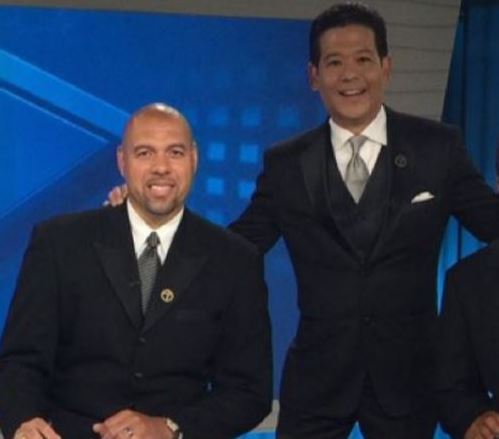 15-Year NBA Veteran, Tracy Won a Title with the Houston Rockets in 1995, 50 Point Scorer in a Game with the Washington Wizards, Has Held a Number of Coaching Positions and is Now an Analyst with UCLA Sports Network

What past life experiences, physical traumas or genetics do you believe have had an effect on your mental health?
At 14 years old I was told that my dream was over! I had to have a major hip surgery and I was to never pick up a basketball again. In my head, my life was over! All I ever wanted to be was in the NBA. After 4 and 5 doctor opinions around the country, I found an angel right here in my backyard of Los Angeles. Even though it was the worst Christmas news any kid can receive, Dr. Noel brightened up the rest of the Christmas holiday by saying I will be good as new. I missed my freshman year at Glendora High School due to the hip surgery. After the surgery, learning how to walk all over again was tough, not just physically but mentally as well. There were a lot of talk and grumblings that I was done. I will never play again. I will never reach a high level again. Fast forward, I finally learned how to run again. My left leg and hip was still very weak because even though the surgery was successful, there was no rehab to strengthen it. I used regular leg weights that I could use back in 1986. After that long journey back to the court, in high school I became California’s State POY in 1989, Gatorade Regional POY in 1989, McDonald’s All American 1989, Lead the nation in Scoring in 1989 with a 44.3ppg average and also was California’s All-Time Leading scorer in 3 years. I was truly a rough ride mentally and physically.

There was a lot of self doubt and mental breakdowns. I was very lucky to have the love and support of a wonderful family or else my dream was dead at 14. I ended up playing 12 years in the NBA. I won an NBA Championship with the Houston Rockets in 1995, Led the league in 3pt percentage in 1993-94, and had a 50 point game in 1998 against the Golden State Warriors. I also played 3 years in Europe after my NBA career was done. My career was over, there was no celebration, or farewell tour for me. The doors that was once open, were no longer. I felt alone and used. I went into a deep depression. I felt like life was over and I’m no longer valuable. It was the worst feeling ever. My dad came into my room after a week of being in my bed with the shades closed. He opened up my shades as the sun shined through brightly. He said, you’re young, get your ass out of bed and lets figure the rest of your life out together. Without a strong support system and a strong male role model like my dad around, no telling what I would have done in my low state.

Those events made me stronger. It helped that I had someone like my dad that was strong in my life. He overcame things in his life and wasn’t about to let me fail. He made sure to tell me that life was tough. It’s peaks and valleys. You got to be able to deal with the lows as well as the highs. With many of different services out there now, I’m sure I would have used some of them to deal with those problems. I had a little bit of help at UCLA when it came to focusing and dealing with the academic and athletic pressures at UCLA. Dr. William Parham who is now with the NBA Player’s Association was very instrumental with that process.

When and why did you decide to ask for help to get relief?
I was always reaching out to doctors/specialists for help. Unfortunately, this wasn’t the avenue that actually got me the help I needed. Dietary shift and other modalities I was unaware of at first like breathing and meditation were what worked best for me.

What methods helped you individually get/feel better?
My coping mechanisms was to go to the gym and put the work in. No friends, no parties, no hanging out. I lost myself in my grind of being a better basketball player. I mentally kept saying I was behind everyone else.  Talking to my family and bouncing opinions and getting advice from them. When I was at UCLA, my family had never experienced what I was going through so I talked to Dr. Parham.

Why did you decide to go public with your story? Who were/are you hoping to help and how?
Everyone one goes through something and there’s many of different ways to deal with them. Everyone’s under the impression that athletes and entertainers don’t have problems because of fame but some of us have more problems because of that same reason.

Positively, a lot of people still don’t know my story. especially, after my career was over. There’s small groups that know of my depressions after basketball. I share my story with incoming rookies and free agents every summer in the NBA Player Development program. I let them know that they are not alone.