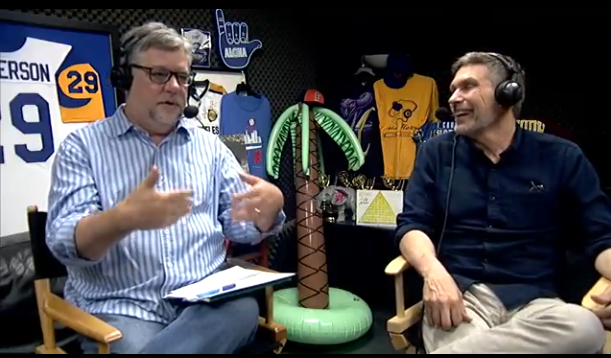 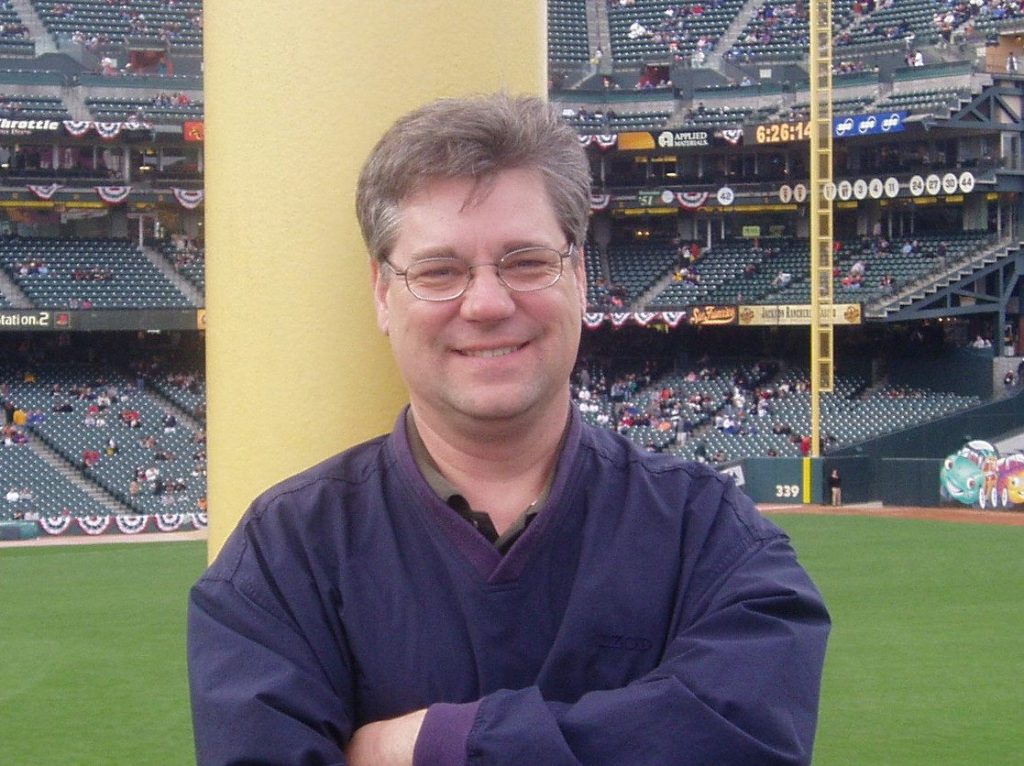 I realize now that back in high school I had a bit of manic-depression, but I thrived on the good times and rolled with the bad. It wasn’t until I was working full-time in the sports journalism world where I felt it often difficult to get out of bed. I attributed it to working late nights and then having to get up early with the kids, but until it started affecting my marriage, going to counseling and then having depression diagnosed was I able to really say, “See, I know it’s me. I’m just tired of being unhappy.” Once I started on a script of Prozac, which at the time had a lot of stigma around it because of others blaming it for their suicides, I felt this moment of clarity for the first time — all the wiring in my head felt like it was finally connecting. I realized that I had a chemical imbalance, the lack of serotonin that connected the thoughts, and the voices in there was often conflicting, which led to me doing conflicting things. Once I felt I clarity I could deal with other “real life” issues and rediscover who I might really be. I then realized that my mother was having the same sort of mental health issues, but I could not convince her to get the same kind of treatment because again there was a fear factor there and she had already moved this far in her life without treatment. I could also see it in some siblings, and later with my daughter having to deal with anxiety. I hoped I was setting an example of how to get help.

How did the effects on your mental health appear in terms of symptoms?
I actually thought everyone was wired like I was, but they were just better at coping, having a clear head, etc. It wasn’t until I got dialed into the proper prescription, as well as having regular psychotherapy, that the two combined worked best. Where I got into trouble was thinking I needed to take more Prozac when things were getting too stressful or murky in my head, and that did not work well. I had two major panic/anxiety attacks that led once to an emergency room trip, triggered by work stress. I was able to work on re-calibrating the medication and figuring out as well that generic Prozac was not working as well as the “real” Prozac. The events of my mental health issues did affect my moods often and had a large effect on two marriages that lasted 10 and 5 years, but I am currently in a marriage to someone I have known my whole life and it has worked now for more than 15 years. Having a strong supportive wife, a religious-based community of friends and family has been a key to stability.

When and why did you decide to ask for help to get relief?
If not for marital issues, I may not have ever considered counseling as a couple, then individual therapy. My coping mechanisms were not working otherwise. Had I been a single person I may have gotten into much deeper issues with alcohol or drugs to tame the beast in my head. I needed help from within.

What methods helped you individually get/feel better?
The ability to ask for help. Having a wife who isn’t afraid to ask more than once, “Are you feeling OK,” and then listening to my issues. I don’t fear deep down moments or very high moments because I know they will balance out eventually. I think this has given me more empathy toward writing about these kinds of issues with athletes. I continue to take 20mg of Prozac daily under the guidance of a psychiatrist – not a family physician who can simply prescribe it. I try to balance that with eating healthy — not relying on comfort food to bury my moods — and doing more physical activity. It’s all about finding balance. And it also helps before I go to bed to map out what my day will be like tomorrow so I have a plan of when to get up, what to do right away and not just waste time in bed fighting with conflicting thoughts. Prayer is also helpful if that works for you, and knowing others pray for you is a huge comfort in my daily life.

Why did you decide to go public with your story? Who were/are you hoping to help and how?
One of the first times I shared my story with anyone outside my family was actually with Roy Firestone. I had been writing less-than-flattering things about him — this had to be in the early 1990s, when he had his ESPN “Up Close” show. So he called me at home to talk it out. And as Roy tended to do back then, it felt like I was in a confessional and I started to explain my chemical imbalance and depression issues — not that it explained why I was hammering him in print up until then, but I felt it needed to be explained and he, if anyone, might understand. He thanked me for telling him that and somehow I felt at that point I needed to be as transparent about this, because I was still learning how to deal with it, and maybe if I talked to key people about it, I’d find some more information. This was all pre-internet of course. Prozac was something to actually fear because of its reputation with others who were still under care for the first time with it. Doctors didn’t have a track record of its success, only its immediate failures. I decided to stick it out because things in my head were not going to get much worse. Sharing the story now is critical to me as I am dealing with one of the most stressful times in my journalism career — trying to find new work after being laid off. I doubt myself constantly, my abilities, my connections helping me out, whether I’m suited even to be working in the sports media field as it is constructed today. I ask God for strength to combat doubt. I am a Doubting Thomas in many ways — skepticism is healthy, but it can’t lead to shut-down doubt and fear. If other family members need to read this as well, I want them to know.

The response has been good enough that many will tell me: Please call me if you need to take a walk, I’ll do it with you.  I once heard second-hand that a well-known TV sports personality who dealt with me warned others in his business to be careful of what I write. “Make sure he’s not off his meds,” he would say, not thinking it would get back to me. That was hurtful to a point, but also true so I couldn’t blame him for having that opinion. But it is the result of being honest with him and telling him that I was fighting these mental battles. I’ll take ownership of that.  As long as people don’t believe you’re damaged goods, I think it’s OK to tell certain people, but make sure you have the time to explain it as well if they seem to be making judgments or false assumptions. You’re in an education mode once you let it loose that you’ve struggled with mental health complications, and not that you’ve self diagnosed it.