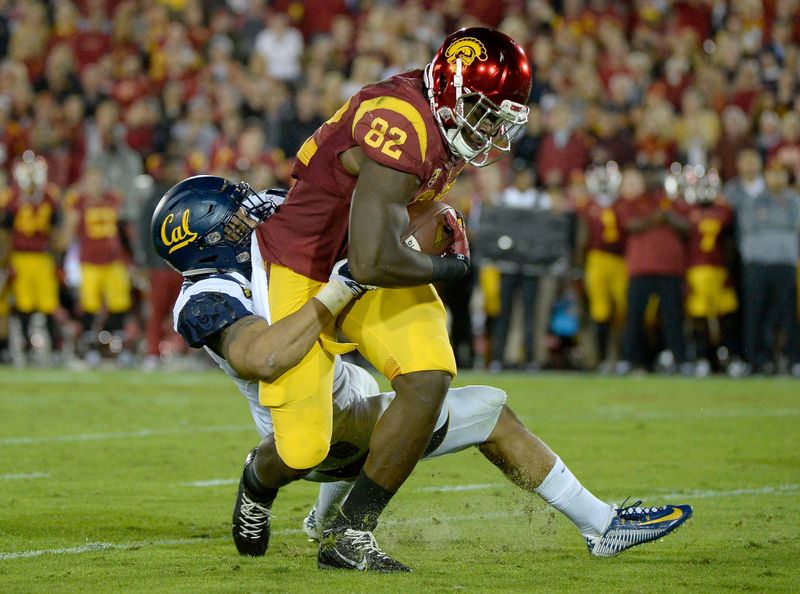 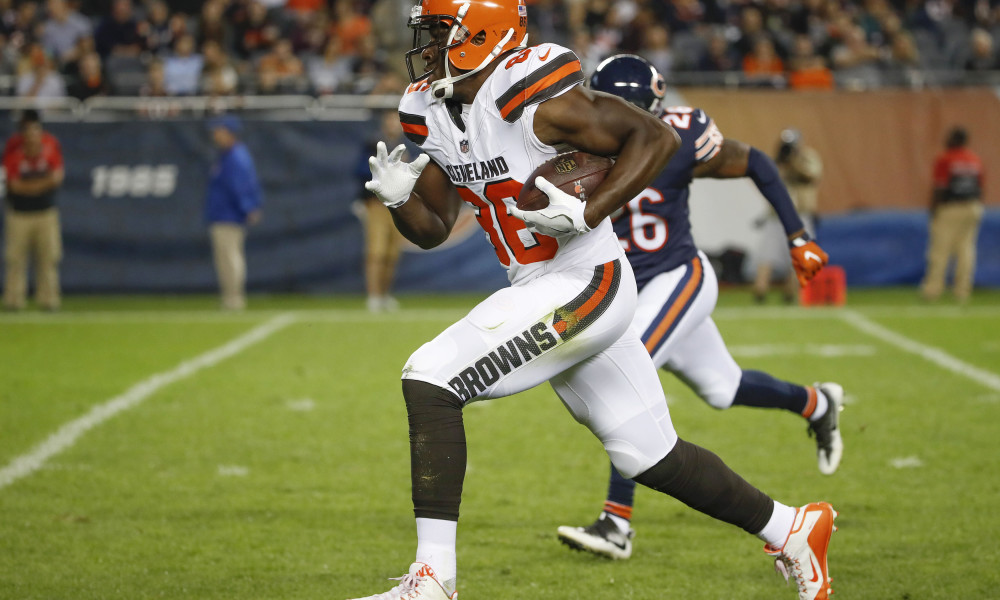 A stand-out HS football player in California, Randall had never formally played the game until he was recruited to do so by his coach his freshman year.  His performance landed him a number of scholarship offers to play football in college, and he chose to stay in-state and play for Pete Carroll at USC.  Despite facing a number of serious injuries while in college, Randall kept working himself back onto the field, and in 2015, was drafted by the Cleveland Browns in the 6th round of the NFL Draft.  He would go on to play 14 games for the Browns, but injuries riddled him from the time he was drafted, enough so that he decided on early retirement from the NFL, for a chance to put his degree in marketing to work.

In 2013 I tore my meniscus during spring practice at USC.  It was my first somewhat major injury and I was unsure of the events that would follow.  The doctor informed me that it would be a simple procedure and not to worry.  I decided to trust them wholeheartedly without doing any prior research about my injury or the procedure.  After the surgery was completed, I quickly began the rehabilitation process to get back on the field as soon as possible.  As time went on, my progress leveled off and I was not getting any better.  The constant pains of walking, running, and jumping really discouraged me because I was entering my senior year and I know I needed my body to be in the best shape if I wanted to keep my NFL dreams alive.  That is when the mental issues began.

.How did the effects on your mental health appear in terms of symptoms?

The events of my injury began to weigh heavy on me because it was the first time I was unsure of my fate.  I immediately started to doubt my abilities.  I was told by the treatment staff that what I was feeling in my knee was completely normal and to just persevere.  As an athlete, that is a language I can understand.  I knew something was not right but I continued with my rehabilitation plan accordingly, even after the date my head trainer told me I would be completely healed.  I began to feel myself become distant from my teammates because I was not able to participate in group workouts.  I am a very prideful person so seeing my teammates grind together without me made me feel smaller than ever.

I began to feel very tired and disconnected from friends, family and team mates.  Any excuse I could think of to get out of social settings I would use.  I found solace being on my own.

I was angry with how my rehabilitation was progressing and depressed that I was becoming only a fraction of who I was on the field.  In athletics, players devote their whole life to their craft.  So much that it becomes an integral part of who they are as a person (Randall the football player).  When you throw an injury, criminal experience, suspension, or ineligibility in the mix, depression is almost a certainty and I was no different.

This is when the pain meds started coming into my life.  My operating doctor told me that I only needed to take the pain medications as needed and that I probably will not need more than about 6 pills.  I had a pack of 40 so I had more than enough to get me through the immediate pains of the surgery.  I started taking the pills in higher dosages for reasons other than pain relief.  During this time I was very down on myself and I hated the idea of seeing my teammates watch me go through this injury.  I hated not being able to play this game of football that I have fallen in love with.  I hated not maximizing my full potential.  I hated the fact that younger players were filling my shoes.  The pills, at the time, released all of that hatred, guilt, and embarrassment.  It felt like a release and I thought that feeling was better than the constant reminder that I was not good enough.

This soon became an everyday occurrence and I knew that eventually I would run out of medication soon.  I began seeing another doctor in the area who I knew would prescribe me as much medication as I wanted and that opened the flood gates.  I would medicate early in the morning before I would get to campus to get me through workouts and meetings.  I would medicate again in the evening when I got home and if I skipped one of these doses, I would make an excuse to leave class, meetings, lunch, etc to get what I thought I needed.

I did not see any harm in my behavior.  I trusted that these medications were only going to make me better.  They took me out of the anxious and depressed state so it only made sense that they would help my knee too.  I would even medicate before football games my Junior & Senior year.

I remember the Las Vegas Bowl game my junior year, I was so high that I would forget where I was.  In fact, I hardly remember the actual game at all.

I did not realize I had a problem until the middle of my senior year but I did not seek help because of the fear of judgement.  I was embarrassed that I was having these dark thoughts.  I was ashamed that I was using prescription medications to get through the day.  I felt guilty that I would medicate before games and be in a cloud the whole afternoon.  I was not even ready to face those toxic traits with myself.  It would take a lot for me to try to explain them to someone else.

My last game of my senior year I unfortunately injured my foot and required another surgery.  This completely crippled my dreams of making it to the NFL and scouts wrote me off almost immediately.  The feelings of anger, embarrassment, and depression heightened.

I had plenty of medications from previous surgery and from this new injury so I relied on that to get me through rather than speaking with someone about my toxic coping mechanisms.  I continued to medicate into my transition to the NFL.  At the time, it seemed like I needed it even more.

Because of the business nature of the NFL and my fear of what others think of me, I decided to speak to the team psychologist about my transition into the NFL being that I was on Injury Reserve as soon as i stepped in the building.  I was unsure of what I would get out of speaking with someone but I did not want to let my family, friends, and hometown down should something come out about how I was handling my mental issues.  I was so embarrassed to be speaking with someone about what I was experiencing but by the end of my rookie season, I was completely off the medications and completely shifted my relationship with them.

Speaking to a professional helped me get through my mental issues.  Those trained doctors/professionals understand how the mind works better than a lot of us and have the tools to help get out of low points.  There is a stigma that surrounds seeing a professional and I hope that my story can help dispel those notions.  My psychologist nurtured me out of that dark place with no judgment and with complete empathy.  That is something that I appreciated beyond the many ‘thank you’s I gave him.  I wish I would have spoken to someone sooner.

Other practices I used were taking more showers, drinking more water, reading, going on walks by myself outside, and taking up archery.  These might not be the best or the only practices that work for everyone but I strongly recommend starting here.

I decided to share this story because I am far removed from that experience and am transitioning into another career and I can see now, based on where I am mentally, that I was not in a great place.  It affected my relationships, my schooling, and my athletic ability.  If I can reach out and influence just one person, I’ve done my job.  I do not wish drug addiction on my worst enemies and I want to prevent it in the younger generation as best I can.

This is the second time I have told my story, the first being at USC in January of 2019.  At that speaking event, I had an athlete come up to me after the panel and ask for my phone number.  He said that He’d like to just chat about his experience and learn more about how I got through it.  I hope me telling my story now, will encourage more people to reach out, not only to me, but to other people in their lives or professionals if they are comfortable doing so.

How did people react when you went public with your story?
There are a lot of people that do no know this side of me and should they decide to read my #SameHere Story, I imagine they will be very shocked.  In public I tried my best to keep it together and not show what I was dealing with internally so that is the image they have had in their heads.  I know the people that really matter to me will not judge me for being vulnerable.