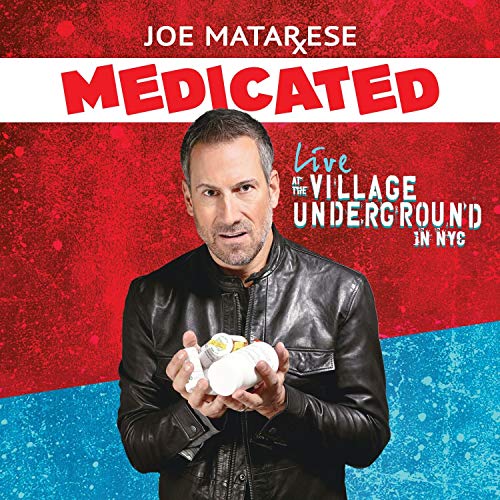 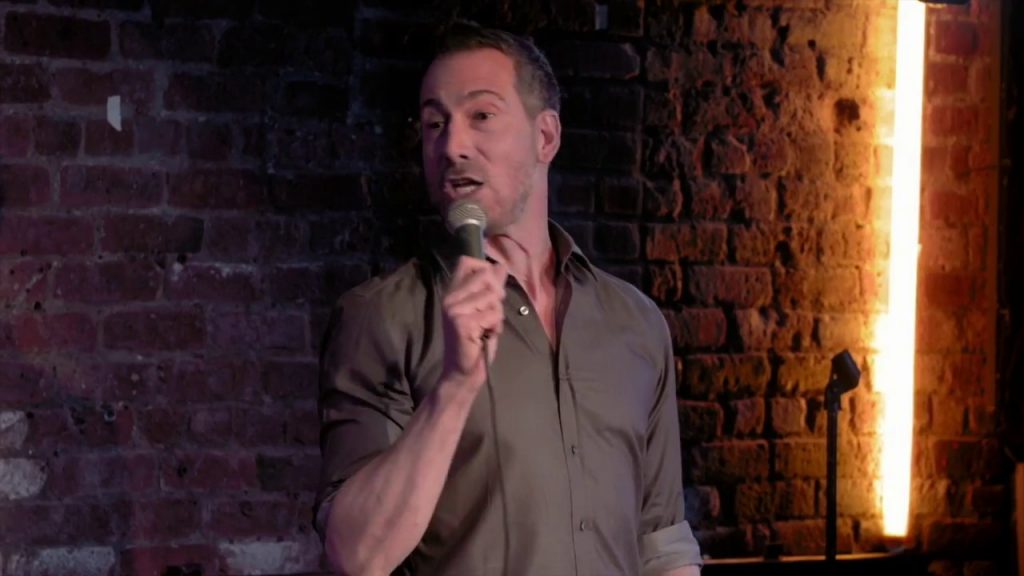 Joe is a Stand-Up Comedian with Many Credits to his Name.  He’s Performed on Many of the Late Shows, MTV, VH1, Network TV, and Traveled the Comedy Circuit Alongside Artie Lange. He’s also Performed with some of the Biggest Names in Comedy.  He’s had Two of his own Specials on Amazon, One of which was Aptly Entitled “Medicated.”

What past life experiences, physical traumas or genetics do you believe have had an effect on your mental health?
My anxiety disorder (I think I would call it) started in my early teens. I’m now 51 years old, and I still have vivid memories of being about 13, waking up in the middle of the night in a very panicked state – a state I could never put into words back then. I felt very out of body, nervous and paranoid. I now realize that state was an anxiety attack.

They would come out of nowhere and usually when I was in a deep sleep. I can remember when this feeling came on, thinking – am I out of my mind? What is wrong with me? Am I dying!? My mom would have to comfort me for long amounts of time before I could relax and go back to sleep.

When I went into high school, smoking pot was the thing everyone was doing. Well, at least the kids that I thought were the cool kids. The kids I wanted to hang around. I fell into smoking pot probably every weekend by the time I was in 10th grade. I truly enjoyed smoking pot. It seemed to relax me in new social situations, until one day it went from total relaxation to the worst anxiety attack I’d ever had. I bought a joint off a friend at school, went home after school, and decided to smoke the whole joint alone, and then drink 2 shots of vodka. All I can think was that I must have been self medicating without realizing it. I must have felt drugs and alcohol were keeping the anxiety feeling from taking over.

Well, within a few minutes after smoking the joint and drinking the shots, a full on panic took over my body. My heart starting racing really fast! Then a cold sweat began, and I felt like I was swallowing my own tongue. I was having trouble breathing, and my chest was killing me like I was having a heart attack. For some reason, I felt like I needed to get out of the house. I started running down the street, then back up the street to my parents’ house. This ramped up the anxiety even more. Now death felt seconds away! I went inside and told my mother what I did, and how I felt. She got really panicked, and being the paranoid Italian mother the she is, rushed me to our pediatrician. She was driving on the shoulder of the roads, passing cars whenever possible. I felt like I was going to die in the car.

The pediatrician saw me once we got there, and requested to see some of the pot I smoked – which I didn’t have. He told me to just go home, lie down and try to relax. I remember feeling anxious and high for the rest of the day and night. I never smoked pot again after that situation, and I didn’t drink alcohol for about 15 years. I didn’t realize until later in life that I had an anxiety problem and that it ran in my family. My parents and my siblings have all struggled with their own versions of anxiety.

This anxiety problem caused me to quit things I was drawn towards in high school that I was interested in and wanted my life path to include. All it took was for a little bit of an anxious feeling to resonate in my body in a new situation like a tryout for a baseball team in high school, or getting a part in the school play. Any time I had to be around new people and adapt to a slightly new environment, I would just quit to make that feeling go away. I still regret bailing on those two things.

Not until I met my wife who is a psychologist and has her PhD in psychology did I realize I could take action to fight back and find a happy more relaxed way to live.

When we were first dating, she could tell my anxiety was what caused my anger outbursts. I’m a standup comedian for a living and she would come to my shows and watch me lose my mind when there was any kind of disruption in the room during my performance. I would get extremely angry at whoever was causing the disruption. She also watched me get very angry at the smallest things, like just trying to hang a picture on the wall, or painting our apartment. I was also getting fired from jobs because of my anger. I was becoming a risky booking for club owners. My wife would tell me she was afraid to just ask me something in fear that I’d explode on her too. She suggested therapy. I found a therapist I loved after I tried many I didn’t connect with. He felt like the mentor that my life was missing.

Therapy worked very well for some of my life problems, but the anger problems at work and at home were still a problem. It seemed everything my therapist would suggest for me to do would work for about a week, but I easily slipped back into my angry ways. My wife had been suggesting that I try medication for my anxiety and anger for awhile. I fought it, but I was now a new dad.

Being a parent made me become even more vulnerable than I was. My marriage was struggling because of my anger, and I was really burning important bridges in my career way too frequently.  Just the thought of my marriage ending in divorce because of this issue, and someone else raising my son, and wanting to be a better husband and father made me go for trying medication. I had nothing to lose! I’ve always loved the movie Rocky and felt like if you pushed me hard, it worked well for me.

I decided I wanted to fight back. I wanted to go for what I always wanted most in my life. I wanted a family! I wanted that vulnerable connection with my loved ones, and others. I also wanted to entertain people, not scare people while I was performing. Once I talked to enough friends and family and realized how many people had such similar problems, and how medication changed their lives, I decided to give it a try. I’ve been taking Celexa for over 10 years now and it’s the best change I’ve ever made in my life. I’m a way better husband, I’m a way better better comedian, and I’m a way better father. I haven’t had one anxiety attack since I started the medication 10 years ago.

How did people react when you went public with your story?
A lot of people think I don’t need to be medicated and that I’m a drug addict, but none of those people who think that are people that I like. I’ve noticed that all of my close friends are vulnerable people that are like-minded. They all love the way I act now, and hated the way I would over react and always sweat the small stuff. I share my life story with people on a weekly basis in my comedy in front of audiences. To this day, with everything I’ve done on television and everything else I’ve done as a comedian, nothing feels better than when someone tells me that they have similar problems and that my honesty made them feel better.