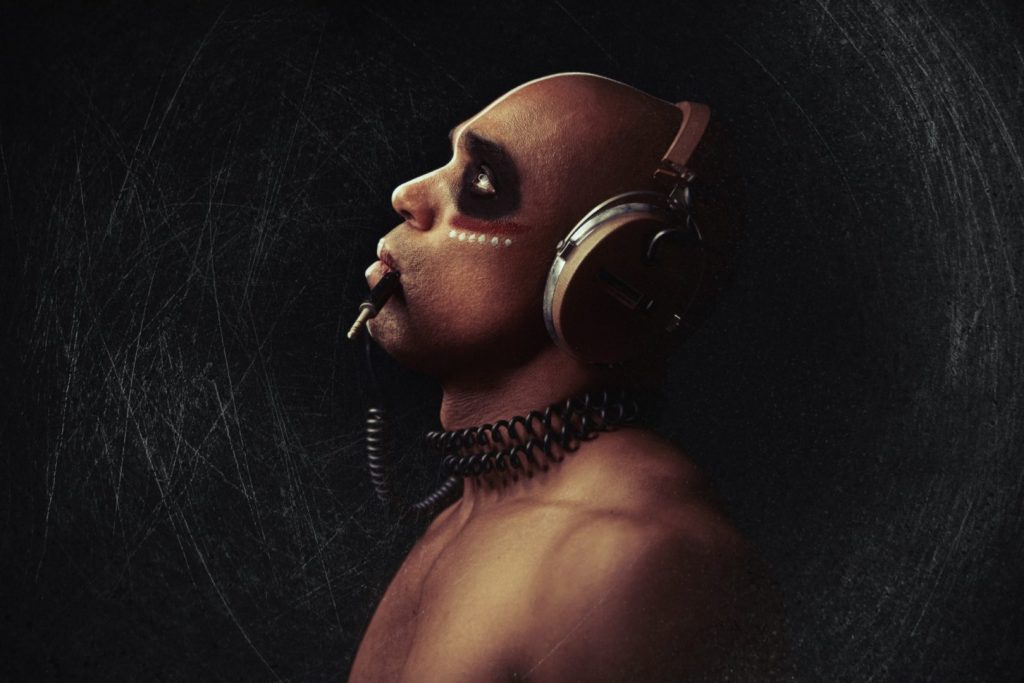 What past life experiences, physical traumas or genetics do you believe have had an effect on your mental health?
I recently went into therapy to seek treatment for a severe depression which I have never experienced before. I know myself to be a positive person but there were increasingly days when I didn’t want to get out of bed in the morning and my self esteem and self-confidence were at an all-time low.  I’ve never had a history of depression but I intuited that my boyfriend was a trigger for many of these feelings. With the therapist’s guidance it took weeks for me to recognize and accept that my relationship had fallen into a cycle of emotional, psychological and verbal abuse. There were patterns of my partner’s behavior that were characteristic of an abuser and it took a long time for me to understand that it wasn’t my fault for causing his aggressive reactions that were consistently hurtful and damaging to me: he was quick to blame me for the way he treated me and I would try to see things from his point of view as I respected him. The mistreatment was sporadic and interspersed with positive interactions in which we felt close to one another, making these abusive patterns all the more confusing and difficult to recognize. There was also alcohol and substance abuse involved. I was all the more conflicted because I was deeply invested in the relationship: we were living together, had met each other’s families and I loved him. He had also put me on his life insurance policy so I felt all the more responsible for taking care of him.

How did the effects on your mental health appear in terms of symptoms?
The abuse in the relationship began very gradually: it was a perfect romance in the beginning and the controlling behaviors began after he asked me to move in with him after three months of dating—a red flag in hindsight. He gave me a key to the apartment within the first week of dating and was quick to introduce me to his professional friends as his boyfriend shortly thereafter, which felt like things were moving too fast but I overrode those feelings given how great he seemed: he was smart, handsome, charming and successful.

Once I moved in, his behavior changed. He became intensely over-involved and critical of my professional choices, eventually pressuring me to devote less energy to my acting career and more time on pursuits he deemed worthy of my time so that I could pay more rent. Before I agreed to move in, he said that he would honor the rent I had been paying in Brooklyn for the past two years and within weeks of moving in, he was suddenly presenting new expectations. He would initially offer things out of generosity that I never asked for (such as trips and dinners) and then use that as leverage to resent me if I didn’t meet other demands or expectations. “I’ve spent thousands of dollars on you.” After I happily did things such as cook dinner, assist with the AirBNB or take care of his dog, he began to expect them and his attitude shifted from gratitude to apathy. After drinking, he would easily erupt into rages where he would humiliate me in person and lash out angrily anytime I did not agree with his point of view. He was a screamer and it was terrifying to witness him jump from a 0 to 100 without warning. I felt like I was walking on eggshells and began to feel like a servant rather than a romantic partner.

We initially had great intimacy but after I moved in, the energy gradually shifted and he seemed to lose sexual interest in me. He said that he wasn’t an affectionate person but he would happily give the dog more affection than he would to me on most days. I wondered if he was having an affair; when I finally asked him, he denied it. In the beginning of our relationship, he complimented me on how intuitive I was. My intuition was telling me something was wrong. I asked another way. He finally said, “At least tell me what your evidence is.” Over the course of our relationship, he came home with STDs twice — but denied that these outbreaks came from new infections with other partners; meanwhile, I had not contracted anything. He eventually did confess to engaging in a sexual activity with a drug dealer in exchange for crystal meth. And he said he had no remorse for doing it. My worst fear had been realized.

I was left in a constant state of confusion. The amazing qualities that initially drew me to this person began to be overshadowed by cracks that would begin to surface. More and more red flags. I noticed he seemed to spend money impulsively and he began to invest in cryptocurrency like a gambling addict. Each time I raised a concern, I seemed to get nowhere in addressing the actual issue and he would often deflect to a different topic: usually to remind me that I was paying less rent than he was or to remind me of something I missed in the upkeep of the apartment. I’m not perfect but I would always go out of my way to try to please him and yet he never seemed to be happy with me no matter what I did or how hard I tried. He constantly changed the rules so that I could never do enough to satisfy him. And when the cryptocurrency market crashed, his negative energies only escalated. The mind games, humorous put-downs, manipulative tactics and ability to twist things around, lack of remorse or accountability, constant criticizing and belittling, and weaponized resentment of my partner left me feeling like an empty shell of myself. I would go to bed next to him with unparalleled fear, stress and anxiety, my heart racing so much that it sometimes took several hours to fall asleep. By the time I found the courage to leave, I felt my entire being had been run into the ground. These feelings have carried well beyond the duration of the relationship. I went into the relationship with confidence and came out without a shred of it.

Because I struggle with being assertive in interpersonal relationships and usually do what the other person wants in order to make them happy, I am working on establishing clear boundaries to protect myself from certain types of people and situations. As I focused on myself and pursued my professional interests, unabashed and free of my partner’s judgement and criticism, I gradually regained my confidence and strength as I began to trust myself again. I now understand what the experts mean when they say to practice self-compassion. I have been able to forgive myself for all of the things I did not know at the time, and all of the things I wish I had handled differently. Instead of continuing to shame myself for being too accommodating and passive, I am learning to understand my empathy: it is a valuable attribute and I need to be selective with whom I share myself fully with, as one’s empathy can easily be taken advantage of.

I started going to Codependents Anonymous meetings and went back into my Buddhism practice. Buddhism talks about being the change we wish to see in others. With that said, I have made the choice to myself abstain from alcohol, marijuana and all substances entirely. It’s given me clarity and I am able to use that undistracted energy to focus on myself: my healing and building my future. I will not have shame; I will simply make more informed choices next time and not give my power away to another person ever again.

Why did you decide to tell your story and how do you think people will react now hearing it?

I previously reached out to his mother and best friend with an email prompted by guidance from an interventionist who has helped thousands of men recover from alcoholism and crystal meth addiction. They never responded. The shame of addiction and abuse is so powerful that too many are reluctant to acknowledge it. But I cannot control what their own choices are: I can only do my part and share my truth, as painful and uncomfortable as it was to reveal.

If my experience resonates with even one person, to empower him or her to get out of an abusive relationship and heal from it, sharing my story will have served its purpose.

Remember, by not confronting abuse to avoid the risk of losing someone’s love, you risk losing your SELF.

Back To The
#SAMEHERE Influencer Alliance