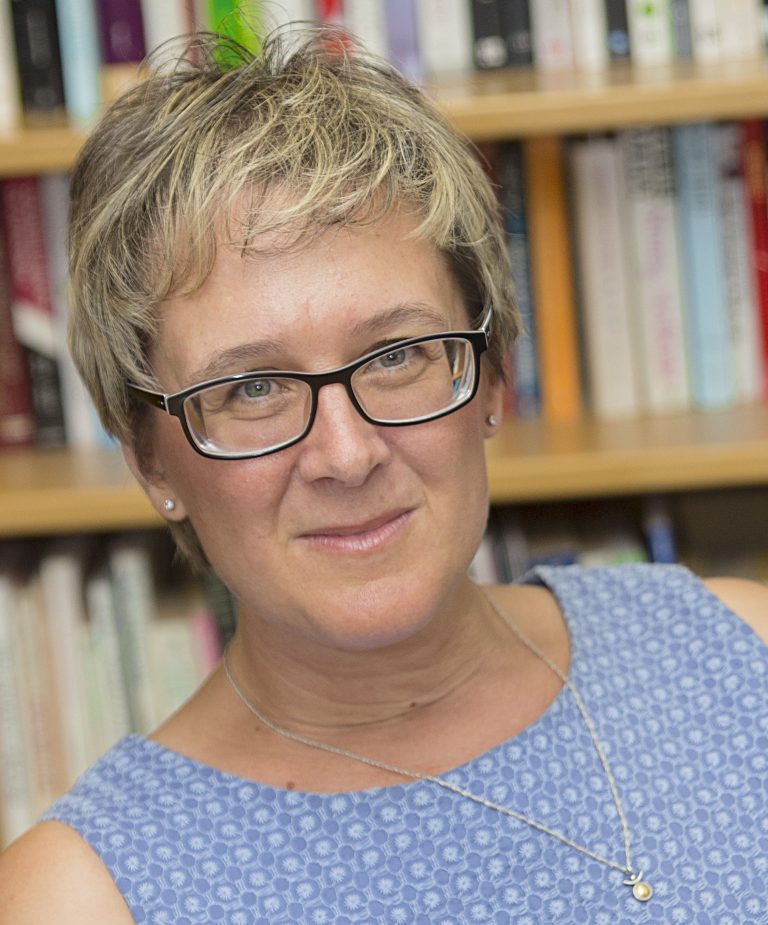 Professor of Clinical Psychology in the School of Psychology, Speech & Hearing at the University of Canterbury

Co-author of The Better Brain

Recipient of the Ballin Award from the NZ Psychologist Society, and Braveheart award

Her TEDx talk, “The surprisingly dramatic role of nutrition in mental health” has been viewed over 2 million times

Julia is a Professor of Clinical Psychology in the School of Psychology, Speech and Hearing at the University of Canterbury, the Director of Te Puna Toiora, the Mental Health and Nutrition Research Lab and co-author of The Better Brain. Originally from Toronto, Canada, she completed her BSc in Neurobiology at McGill University, her MSc and PhD in clinical psychology at the University of Calgary, and her Post-Doctoral Training at the Hospital for Sick Children in Toronto.

In 2000, she immigrated to New Zealand. Over the last decade, Julia has become well known for her research investigating the interface between nutrition and mental health, and has published over 140 scientific papers, including the Lancet Psychiatry, JAMA, British Journal of Psychiatry, Journal of Child Psychology and Psychiatry, PLoS One, and Acta Psychiatrica Scandinavica. She has given invited talks all over the world on her work on nutrition and mental health and is frequently featured in the media on her work. She is currently on the Executive Committee for the International Society of Nutritional Psychiatry Research.

She has been the recipient of many awards, including the Ballin Award from the NZ Psychologist Society, an award that recognizes notably significant contributions to the development or enhancement of clinical psychology in Aotearoa New Zealand, a Braveheart award for her contribution to making Christchurch a better place to live, and was also named in the top 100 Most Influential Women in New Zealand in 2015 and 2018 for Science and Innovation. Her TEDx talk, “The surprisingly dramatic role of nutrition in mental health” has been viewed over 2 million times. She recently created a free EdX online course for the public on mental health and nutrition. Having witnessed conventional treatments failing so many people, Julia is passionate about helping people find alternative treatments for their psychiatric symptoms. Through her focus on translating research into practice, she hopes to help make nutritional interventions mainstream.

Growing up is hard for everyone. Figuring out how to make friends, fit in, be strong in the face of teasing or bullying, succeed academically, deal with loss, failure, traumatic experiences, and the suffering of those around you. I witnessed suffering. I experienced my fair share of hardship. But these experiences also shape us, get us interested in how to help people heal, and what are the best ways to alleviate global suffering. As a teenager, I began to read books about psychiatric problems, with Oliver Sacks’ books providing some of the richest stories written by a man curious about how events could shape people’s experiences. I followed this interest with a degree in neurobiology and then clinical psychology.

At first, the solutions to the suffering I had experienced and witnessed seemed so simple. In the late 1980s when I did my first degree, the idea that a drug could cure mental health problems was just coming to full fruition. The theories made sense, a chemical imbalance causing neurotransmission to get out of whack was an appealing idea, and the treatment with drugs that could cure this chemical imbalance presumed to be at the core of mental health problems was compelling. Pharmacological treatments promised to end psychiatric distress. It is only decades later that we can now reflect and critically evaluate this very narrow approach to understanding and treating mental distress. These treatments simply didn’t help as many people as we had hoped. And my personal observations were that even with these miracle drugs, people’s lives often did not strike me as much better than before, and in some cases, I would have to admit that they were worse. A friend of mine from childhood killed himself despite receiving the best conventional care.

Recognizing and acknowledging that not everyone benefitted from standard convention care and indeed many continued to suffer despite receiving the best treatment, came about only after serious reflection of clinical observations and published research. But by the early 2000s, I was ready to consider what else might help. And that’s what lead me to study nutrient interventions. I heard about families from Southern Alberta, Canada treating themselves with nutrition. And early studies documented that many people with mental health problems got better just with nutrients. We needed new solutions and even though it contravened our current way of thinking, this seemed like a worthwhile option to explore that resulted in some remarkable stories of recovery.

When the Christchurch earthquakes hit in 2010/2011, I observed the significant potential of being well nourished at a time of huge stress to improve mental resilience. Being in a large earthquake is damn scary and the aftermath equally challenging. I learned from studies we conducted in my lab that a simple and effective way of helping people recover from the psychological effects of a trauma is to ensure they are well nourished. I applied these findings to myself and personally experienced the benefits of adequately feeding my brain to help with coping with the years of ongoing stress that came after these traumatic events. And now with three replications, the research is clear that giving people an ample supply of nutrients after acute stress is a cheap and viable way to improve the mental health of a population after a natural or manmade disaster.

When and why did you decide to actually focus on practicing Integrative Psychology, specifically, and how was your decision shaped by the experiences above?

I received a very conventional training in clinical psychology – I was taught that only medications and psychotherapy could help people suffering from mental health problems. Considering nutrition as a treatment was not only viewed with disdain, it was seen as irrelevant to recovery. But I grew up in a very scientifically minded household, my father was an academic and taught me to be curious, to be interested in the world, and to always be open to the different ways of figuring out how things worked. For him, that would be about understanding the mechanics of a bike and how that would help in fixing the brakes. Or how the laws of physics explain observations of the world around us. But this method of thinking can apply to psychological symptoms as well. What’s behind the symptoms – what drives them? What maintains them? What environmental influences play a role in the cycle of pain? How does a more holistic approach get closer to the root cause of problems? Could my education have been wrong?

As a researcher, I use a broad array of scientific methods to test the simple idea that giving people a broad spectrum of micronutrients can alleviate psychological and psychiatric symptoms. The simple idea behind why micronutrients likely help improve psychological symptoms is that too many of us are lacking a solid nutritional foundation to help buffer us when we inevitably face life’s adversities. If the fuel tank is empty, your car won’t run even if you own a BMW. If you haven’t got the nutrients to maintain the basic activities of your brain, your mood will drop, you will experience anxiety, panic attacks, poor concentration and poor sleep. Collectively, the research on nutrition and nutrient interventions is pretty compelling and could help build and maintain mental resilience.

The research identifies that the first step in healing is filling the fuel tank to help cope with life’s adversities and challenges. Food first – get rid of ultra-processed nutrient devoid food. Eat real food. Be mindful, exercise, prioritize good sleep. Get rid of toxic relationships and build those that are enriching and supportive. Supplement with nutrients if these approaches don’t work. Explore psychological treatments and healing techniques. And only then, if none of these approaches work, consider medications.

Reactions to this work are pretty mixed. I can tell quite quickly if someone is going to shut down and tune out or have an “Aha” moment where suddenly all the struggles start to make sense.

I have experienced so much resistance to my research over a decade that nothing surprises me anymore. From naively thinking that everyone should want to know whether nutrients can heal psychological pain, I slowly came to realize that there are many vested interests that do not want this research to come to light. I have experienced many barriers, red tape, abuse, ridicule, and disbelief – from bureaucrats, editors of journals, granting agencies, and sadly medical practitioners. I get that it is easier to stick with what you know and what you were trained to understand, to reject ideas that challenge our world view, than to contemplate that maybe some of that education on what works hasn’t ended up helping as many people as we had once hoped.

And I have also received thousands of emails from people all over the world telling me that conventional treatments haven’t helped them or their family members, often they are worse than they were before, and then thanking me for our work, and that nutrients and better nutrition saved their lives. It is these emails that keep me going.

I ask anyone who finds the perspective that nutrition can affect brain health to be jarring and contradicting their world view, to simply be curious. Ask questions. Be a critic. Delve into the research. And only then, form an opinion.