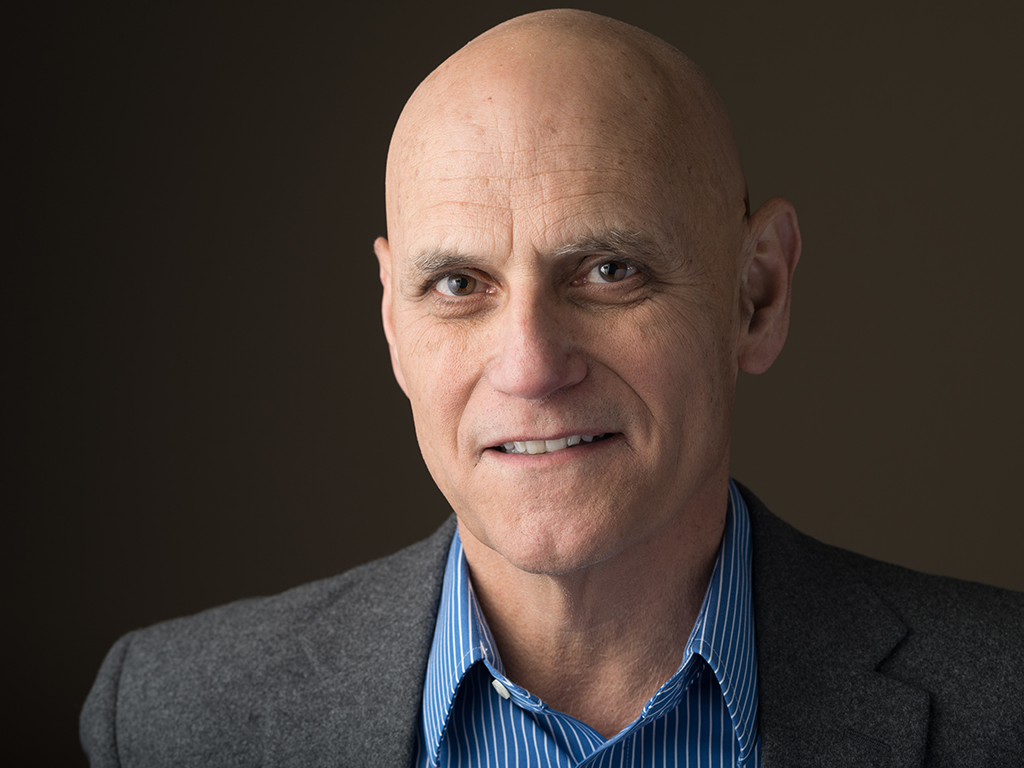 Ph.D, Nevada Foundation Professor in the Behavior Analysis program at the Department of Psychology at the University of Nevada

Developer of Relational Frame Theory & ACT therapy. Author of 46 books including recently wide acclaimed A Liberated Mind. Author of a best seller & Time Magazine feature Get Out of your Mind and Into Your Life. Author of nearly 650 scientific articles. Recipient of the Lifetime Achievement Award from the Association for Behavioral and Cognitive Therapies. Ranked by Google Scholar as among the most cited scholars in the world.

Dr. Steven C. Hayes’ Bio:
Steven C. Hayes is a Nevada Foundation Professor in the Behavior Analysis program at the Department of Psychology at the University of Nevada.

An author of 46 books and nearly 650 scientific articles, he is the developer of Relational Frame Theory, an account of human higher cognition, and has guided its extension to Acceptance and Commitment Therapy or “ACT” (it is said as one word, not initials), a popular evidence-based form of psychotherapy that uses mindfulness, acceptance, and values-based methods and has been shown to be helpful in a wide range of areas.

His popular book Get Out of Your Mind and Into Your Life was featured in Time Magazine among several other major media outlets and for a time was the best-selling self-help book in the United States, and his new book, A Liberated Mind: How to Pivot Toward What Matters, has been recently released to wide acclaim. Dr. Hayes has been President of several scientific societies and has received several national awards, such as the Lifetime Achievement Award from the Association for Behavioral and Cognitive Therapies.

Google Scholar ranks him as among the most cited scholars in all areas of study in the world (http://www.webometrics.info/en/node/58).

What is ACT and why does it work?

Acceptance and Commitment Therapy or “ACT” in an evidence-based therapy that combines acceptance and mindfulness processes with commitment and behavior change processes for the purposes of promoting psychological flexibility. Psychological flexibility refers to the ability of a conscious human being to feel fully, without needless avoidance; to think freely without unnecessary mental entanglement; to attend to what is of importance inside and out, and to do so flexibly, fluidly, and voluntarily; to connect with a more transcendent sense of self or pure awareness, without attachment to a conceptualized self or “persona”; to freely choose one’s own values, that is, the intrinsic qualities of being and doing that one wants to manifest in their own behavior; and to commit to a process of building habits of values-based action. With nearly 350 randomized trials of ACT and several thousand studies of its components and underlying psychological flexibility model, ACT is among the most studied of the newer forms of psychological intervention over the last 20 years. Sometimes called “Acceptance and Commitment Training” when used outside of psychotherapy settings, ACT has been shown in controlled research to be of use in almost every area of mental and behavioral health (e.g., anxiety, depression, managing psychosis, substance use, dealing wth chronic pain, diet, exercise), as well as such in social domains and performance areas (e.g., sport, prejudice, compassion for others, leadership). Mediational studies have shown that ACT works by producing increases in psychological flexibility. ACT is part of the family of behavioral and cognitive therapies, but unlike traditional cognitive behavioral therapy (CBT) it assumes that what is most key is changing ones relationship to ones own thoughts and feelings rather than necessarily have to change the content of those thoughts and feelings.

As such ACT is cautious about the use of mental illness labels, preferring a focus on process of change that liberate human lives and promote human prosperity.

You can lean about ACT and its model and see if it applies to you in many ways. A popular general book is A Liberated Mind: How to Pivot Toward What Matters.

There are a myriad of ACT self help books. Popular general ones include Get Out of Your Mind and Into Your Life and The Happiness Trap.

There are several thousand ACT therapists around the world. You can find a directory of them at bit.ly/FindanACTtherapist

If you would like a free 7-lesson ACT mini-series go to www.stevenchayes.com and clink on “yes, please send it to me.”

You can join a free public list serve of people applying ACT principles to their lives at https://groups.io/g/actforthepublic

Finally if you join the group that is developing ACT, Association for Contextual Behavioral Science (ACBS; it is inexpensive and allow for public members)

you will have access to a vast amount of free ACT materials once you pay the minimal dues: www.contextualscience.org.