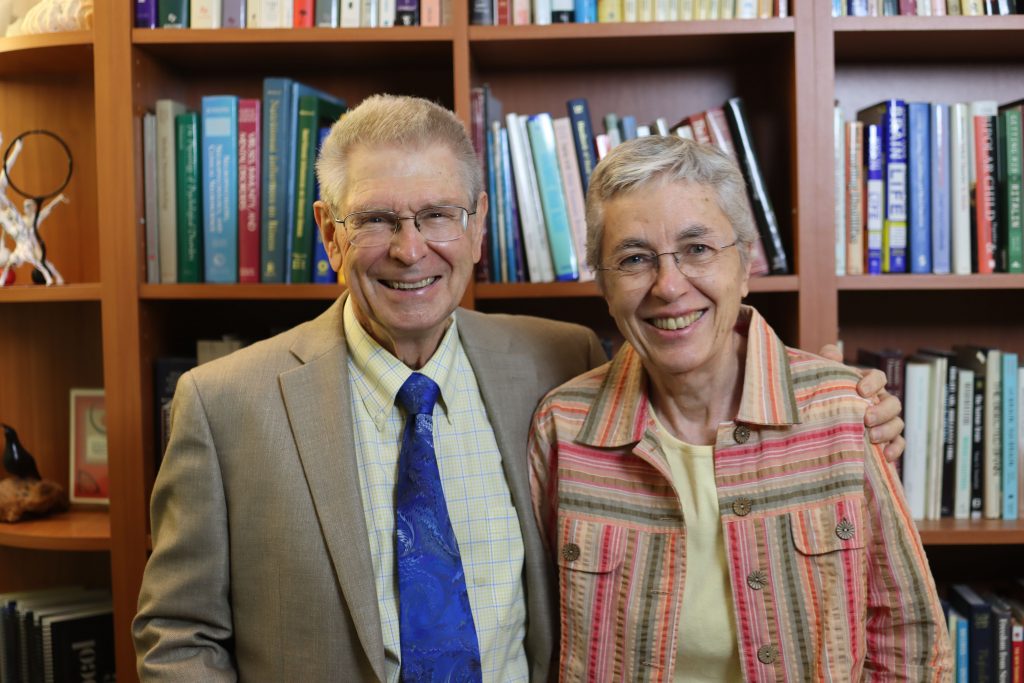 Clinical Director of the EEG Institute. Has been involved in clinical research and the development of neurofeedback protocols since 1988

Together Siegfried and Susan developed the “Othmer Method” of Neurofeedback, which is now in use by well over 10,000 clinicians in about fifty countries. Academic research on the method is ongoing in Switzerland, Germany and Russia, as well as in the United States (under sponsorship of the Department of Veterans Affairs).

Dr. Siegfried Othmer and Dr. Susan Othmer were drawn to the emerging field of brain training because of the intractable epilepsy of their 16-year-old son Brian. The profound impact on his brain function led both to commit themselves to the further development of the method, which is variously known as neurofeedback, neurotherapy, or EEG biofeedback. Siegfried’s background in physics (Cornell University) and Sue’s background in neurobiology (Cornell and the UCLA Brain Research Institute) were synergistic for the task. What has become known as the Othmer Method of Neurofeedback is now in use by well over 10,000 clinicians in about fifty countries. Through various stages of technological evolution it has become particularly effective in application to trauma syndromes, but in fact in can be helpful for most mental health concerns, as well as for many neurological conditions.

A practitioner network has been organized around the use of the Othmer Method, in combination with complementary modalities. Academic research on the method is ongoing in Switzerland, Germany, and Russia, as well as in the United States (under the sponsorship of the Department of Veterans Affairs)

Our every action is organized well beneath our notice by our brains, through the choreography of our cerebral networks. Over the last several decades, the brain has begun to disclose its secrets about just how this is managed. We now know that much of mental dysfunction is traceable to a failure in the subtle coordination of our neural assemblies. That’s a software problem! Why don’t we just address it directly? The brain’s primary responsibility is to organize its own affairs. This is the skill of self-regulation, and it is largely self-taught! The brain has effectively written the software for its own operating system. It is therefore in the best position to resolve its own software problems!

What is required for us to improve our own skills—shooting baskets, playing a musical instrument, learning to dance? In all of these activities, the brain is doing the learning. And it does so by watching itself perform the action. That is critical. The brain must have the opportunity to observe the execution of the task. Let us translate that concept to the matter of self-regulation. How do we help the brain improve its own self-regulatory competence? We allow the brain to see itself in action. The electro-encephalogram, or EEG, is the means by which the brain can ‘observe itself’ in a novel way. And on that basis alone it is able to improve its own function naturally.

The training process is straight-forward. The EEG can be heard as an auditory signal; its magnitude can be felt as tactile vibration, and it can be represented visually either directly or embedded in a video game—as for example in the speed of a race car or rocket. All feedback modalities are usually combined to make for an immersive experience. The trainee reports on felt changes in state (i.e., calmness and alertness), and on that basis, the training parameters are optimized for each individual.

Brain training fits the STARR model perfectly: The primary target in the Othmer Method is Stress and Trauma. Active Release from the grip of trauma is achieved by way of Rewiring the neural networks. Both the untamed stress response and trauma drive the brain toward over-arousal. Cueing the brain with respect to arousal moves it into a more functional state. The other primary target is hyper-excitability, the brain’s tendency to go out of control—in migraines, panic, asthma, and seizures. This calls for different cues. When it comes to regulating arousal and enhancing brain stability, we cannot do better than to place the brain itself in charge of the process of enhancing its own function. Self-regulation cannot be outsourced! Our contribution as therapists is to supervise the process. Those who are training learn to be attuned to their own state. Many encounter their true self through neurofeedback.

Indeed, we are all a little “crazy”, in that we all get to experience the edge of dysfunction at various times in our lives—some live closer to it than others. But now we know that “It’s not you; it’s your brain.” There’s also the brain-body connection. Headaches, insomnia, and PMS are the most common physical indicators of the brain’s dysregulation status, for which brain training is likely to be the remedy of choice. In sum, we now know how to illuminate the path toward better function—of mind, brain, and body. None of us know the real competence of our brains until they have a chance to train.

For more information and a practitioner listing, see www.eeginfo.com

For the EEG Institute in Los Angeles: www.eeginstitute.com

For the history of the field: “A Symphony in the Brain,” by New York Times Science writer Jim Robbins

For practitioners, academics, and researchers: “Restoring the Brain: Neurofeedback as an Integrative Approach to Health (Second Edition), Routledge (an imprint of Taylor and Francis)

All our research papers are available on ResearchGate.