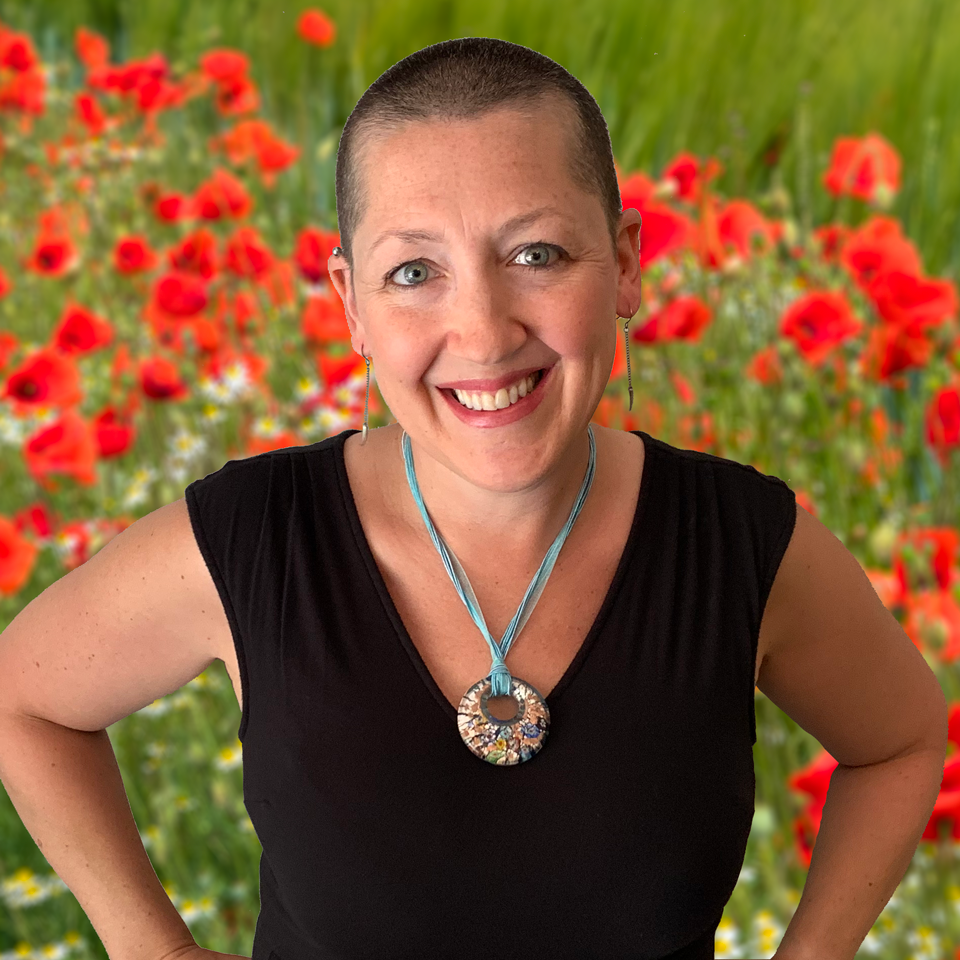 Winner of “Best Concierge Doctor” award in “Best of Virginia 2018.”

Dr. Campbell is a board-certified psychiatrist who has worked in a variety of clinical and academic settings. She completed her residency in psychiatry at SUNY Downstate in Brooklyn, New York, and obtained fellowships in Emergency Psychiatry and Public Psychiatry at Columbia University in New York City. She worked for three years at the New York Presbyterian Hospital/Columbia University Comprehensive Psychiatric Emergency Program (CPEP/Psychiatric Emergency Room) as an Attending Psychiatrist and Assistant Director, where she implemented an innovative Patient Well-Being Initiative that incorporated holistic and integrative treatments for patients with psychiatric emergencies. Dr. Campbell won a “Best Concierge Doctor” award in “Best of Virginia 2018.” In addition to being a psychiatrist, she is a mother, a run-dancer, a photographer, a blogger/writer, an entrepreneur, a life/health coach, and a yoga teacher. She is the founder of the non-profit organization Free Range Psychiatry, whose mission is to transform our world by discovering root causes for mental health symptoms and healing them with holistic mind-body interventions.

I grew up with loving parents who supported me. However, my home and physical environment were cluttered and chaotic. I felt embarrassed and consistently tried to clean and organize the house. This need to control my environment slowly morphed into obsessive-compulsive symptoms around age 10. By the time I was a teenager, I was struggling with pretty severe, daily anxiety. My parents took me to see a psychiatrist who prescribed Prozac and referred me to a therapist. The Prozac made me feel much worse and caused me to experience suicidal thoughts. I quit therapy after a few sessions and became increasingly oppositional. At the age of 16, I ran away from home and moved to another state. Eventually, my parents told me that they wanted me to have a medical evaluation but instead had me admitted to a psychiatric hospital involuntarily. In the hospital, I was incorrectly diagnosed with bipolar disorder and prescribed lithium. I took the lithium for a few weeks but stopped after the side effects became too severe. In the end, the psychiatric interventions of forced hospitalization and medications only made me feel much worse and quite traumatized.
These early experiences with mental health issues and the psychiatric system contributed to my decision to pursue a bachelor’s degree in psychology in undergrad. After I graduated, I worked as a psychiatric technician in a state psychiatric hospital. I provided hands-on care to individuals with severe and acute mental struggles. I witnessed how the psychiatrists would spend very little time with the patients and then adjust their medications, which ultimately only made a small impact on their symptoms and didn’t address their underlying issues. This experience, along with my own personal struggles, ultimately led to my decision to apply to medical school and to pursue a career in psychiatry. I wanted to learn psychiatry in order to change the system from within.

My personal experiences with the psychiatric system had a profound impact on me. The experience of being involuntarily hospitalized was incredibly traumatizing. In addition, I was diagnosed with multiple psychiatric disorders, but none of them took into account the underlying issues (especially my childhood experiences). I was simply labeled with a diagnosis and prescribed medications to treat the supposed disorders. The medications not only didn’t help, but they caused me to feel much worse and even suicidal.

After completing my residency in psychiatry and two fellowships (in Emergency Psychiatry and Public Psychiatry), I worked for several years as a psychiatry attending and assistant director in a psychiatric emergency room in New York City. Day and night, I evaluated and treated individuals struggling with many different issues including depression, anxiety, substance abuse, psychosis, and personality disorders. I saw many of the same people time and again (a phenomenon known as “the revolving door.”) During my psychiatric residency, I had learned that the treatment for psychiatric conditions was medication and therapy. While I usually only provided supportive therapy in the emergency room, I treated patients with many different psychiatric medications. Sometimes they were treated and discharged and sometimes they were admitted to our inpatient unit for further stabilization. However, I couldn’t help but notice that many of these individuals didn’t get better with “mainstream” psychiatric treatment (outpatient or inpatient), and in contrast to what I learned in residency, many of them actually got worse, especially the more psychiatric medications they were prescribed.

At the same time, my own personal health was abysmal. Although I did a lot of running and tried to eat relatively healthy when I could, my diet was frequently poor due to being stressed and overwhelmed by the crazy number of hours and intensity of the work. I was suffering from extreme burnout from working in the emergency room and dealing with all of the administrative and systemic problems in the healthcare system. I used caffeine and alcohol as unhealthy coping mechanisms and had numerous medical problems including advanced endometriosis, gastritis, and neuropathy. My mental health was also equally poor, and I was struggling with anxiety, depression, and even passive suicidal thoughts. I had long wanted to have children, but I was told by multiple doctors that this wasn’t possible and that I should have a total hysterectomy in order to “cure” my endometriosis.

I had long wanted to have children, but I didn’t think it would ever happen due to my multiple medical conditions. One day, I mentioned this to my primary care physician, and she said, “you could have children, but you need to quit your job and work on your health.” Those simple but compassionate words changed everything for me. I cut back on the hours I was working in the emergency room and made significant lifestyle changes. I changed my diet to completely plant-based, eliminated my toxic habits, started exercising regularly, and began meditating. And then something very magical happened. I went from taking 8 different medications every day to 6, then 4, and eventually none. All of my physical symptoms disappeared, and my mental health also improved significantly. It became clear to me that my physical and mental systems were not separate and that in order to obtain true health, one must heal both. I then spent the next few months learning everything that I could about holistic, integrative, and functional psychiatry. What was the most fascinating to me, is that I basically had to un-learn almost everything that I had been taught in my psychiatric training. I came to understand that psychiatric medications (although necessary sometimes), are extremely toxic and come with tremendous side effects and the potential for addiction. I learned how difficult it is to wean off of psychiatric medications once they are started. I learned that instead of treating symptoms with medications if you discover the root causes of illness and treat them, you can many times avoid the need for medications. I learned how absolutely critical our diets are to our physical and mental health. I was absolutely inspired by my own journey to health and decided that I wanted to help guide other individuals along the same path.

I decided to start the process of IVF and by the summer of 2017, I had two healthy embryos.

In January of 2018, I opened Free Range Psychiatry, which is now a non-profit organization that treats patients across the country. In May of 2018, I gave birth to my beautiful and healthy daughter, Maya and in December of 2019, I gave birth to my gorgeous and healthy son, Rio. Since opening Free Range Psychiatry, I have helped hundreds of patients taper off of psychiatric medications or avoid them all together. I feel incredibly blessed to be able to use my own personal journey to wellness to help other souls in the universe who are struggling with poor physical and mental health. My plan is to continue growing Free Range Psychiatry by adding more psychiatrists and other practitioners. I hope to educate other practitioners, patients, and the public about holistic treatments and help to spread the idea that just treating symptoms with medications will never result in true health. It turns out that we don’t have to live in illness and suffering, and there is a way to end this vicious cycle. There is a beautiful, shining light at the end of this cloud-covered tunnel, and I hope to continue guiding folks into that light.

Most patients are actually very intrigued and excited to have options other than just medications to treat their mental health symptoms. Usually, after explaining the rationale behind these types of treatments, they are thrilled at the opportunity to try them out. Many of my patients have been treated by “mainstream psychiatry” for many years and have been on multiple psychotropic medications by the time they come to me. They are frequently very desperate to find other options to feel better. Other doctors have had mixed responses. Some are supportive and interested in learning more about alternative treatments. Others are more skeptical that non medication-focused treatments can have a significant impact.