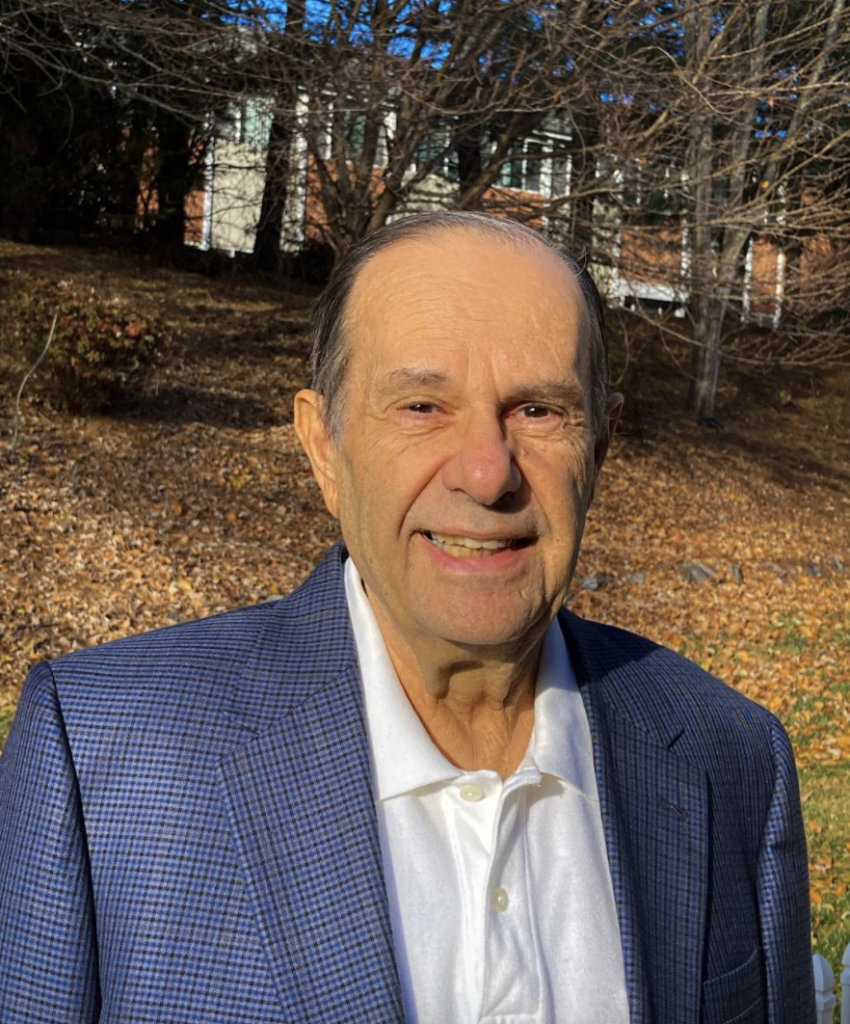 As part of his practice working with veterans, he has monitored ongoing memory research and pursued the application of non-invasive potential of neuro-acoustical interventions. This has led to the development of RESET Therapy.

Dr. George Lindenfeld has been called ‘Doc George ‘by the numerous combat-veterans he has encountered while providing RESET Therapy (Reconsolidation Enhancement by Stimulation of Emotional Triggers). He is a Diplomate in Clinical Psychology, an international author, and trainer in the areas of binaural sound-based trauma remediation and resiliency enhancement. He has been involved as a private mental health practitioner who has engaged in pro-bono research primarily with combat-veterans with PTSD through the RESET Therapy Professional Institute, LLC. He is the author of five books focused on different aspects of trauma that are available on his webpage. His recent work has focused on varied mental health issues including intimate partner violence, attachment and addictive disorders and treatment resistant depression.

Dr. Lindenfeld was emotionally drawn to the field of psychology when, as a youngster, he encountered his paternal grandfather’s reaction to questions about family of origin. A blank look would appear on his grandfather’s face as he disconnected from further contact and reality-based interaction with his grandson. Unstated was his grandfather’s undiagnosed reaction to the traumatic loss of his entire family during WW-II. Furthermore, during his early adolescence, Dr. Lindenfeld’s paternal aunt committed suicide following her post-partum depression. These early traumatic and critical events created a subconscious force propelling him to further explore the origin of traumatic matters. After serving in the Navy Seabees and later teaching Industrial Arts, he pursued degrees in psychology ultimately attaining his Ph.D.

His professional experience began with a Residency in Medical Psychology at the University of Oregon Medical School, Portland, Oregon. He later served as the Director of the Inpatient Psychiatric Unit at Geisinger Medical Center, Danville, PA. His next leadership position within the community mental health center system was to serve as the Executive Director of the Community Mental Health Center, Center for Human Development, Grand Forks, ND. This was followed by service as the Executive Director of the Seminole County Mental Health Center, Inc., Altamonte Springs, FL before entering into private practice. Dr. Lindenfeld is currently licensed to practice psychology in both North Carolina and Florida.

Within the context of his biofeedback/neurofeedback private practice involvement, over a ten-year period, he became immersed in the exploration of binaural sound as a treatment vehicle. The product of this engagement was the development of RESET Therapy (Reconsolidation Enhancement by Stimulation of Emotional Triggers) due to its accelerated treatment response time and low dropout rate. Using brain mapping procedures provided by a colleague neuropsychologist, Dr. Lindenfeld found that RESET Therapy remediated trauma rapidly by re-engaging the prefrontal cortex (reasoning, planning, understanding) as well as activating the speech center (Broca’s Region).

Additionally, due to its nonverbal nature, RESET Therapy quickly established the basic and required trust that motivated the patient to continue in treatment. This became a particularly salient issue for combat-veterans who experienced difficulties with their reintegration into society after they had experienced traumatic events during military service. He found that integration of the remediated traumatic memory into one’s personal identity permitted the patient to derive new meaning that allowed a new positive sense of purpose and future. In contrast, unresolved trauma led to the combat-veteran’s being chronically stuck in the moment and impulsively driven by emotional and labile under currents.

A case study of a 54-year-old, three-times-married special forces veteran (MED) is provided in the Resource Section of this article for the interested reader. The participant attained 32 years of active service as well as 84 months of combat-involved engagements. His primary objective for participation in the study was to alter his deteriorating family situation resulting from family violence issues. Specifically, he was facing felony charges in a state judicial court due to intimate partner violence. Additionally, the article provides a rather comprehensive review of RESET Therapy, its basic principles and application.

According to Dr. George Lindenfeld, why RESET Therapy (Reconsolidation Enhancement by Stimulation of Emotional Triggers) works to improve mental health.

RESET Therapy is considered to be a transformational method which holds that traumatic memory circuits have unique frequencies that are different from normal memory circuits. This requires the identification of specific trauma frequencies and the means to access cortical networks to initiate the process of altering the memory reconsolidation process.

Three pillars of neuro-scientific knowledge form the basis for RESET Therapy. The work of Nader and associates form the first essential column. The authors reported that, “New memories are initially labile and sensitive to disruption before being consolidated into stable long-term memories” (Nadar, Schafe, & LeDoux 2000). Restated, their findings suggest that every time a fear memory is re-energized, it is re-established (reconsolidated/restored) primarily in the amygdala and hippocampus brain regions. Theoretically, one might perceive of these brain regions as being equivalent to a locked storage vault for long-term traumatic memories. After this insightful discovery, the quest has been to find an effective therapeutic key to neutralize the emotionally charged and triggering memory aspects.

The transformative treatment approach as noted in LeDoux’s work, is one where certain aspects of a traumatic memory (e.g., the fear component or strong emotional component) are effectively ‘erased’ from stored memory. The content aspect of the disturbing memory remains, but the intense emotional aspect has dropped out once the memory has reconsolidated. According to Ecker, et al., (2012b) transformational approaches involve several naturalistic steps in the change process that includes the brain’s unlearning and erasing a targeted component of memory. The steps involved include:

1. the index trauma or target must be reactivated or triggered using salient cues;

2. there must be a mismatch and unlock by creating a new experience that is at odds with the patient’s implicit non-verbal understanding of how the world works. This mismatch or unlock renders memory circuits labile and susceptible to being updated by new learning;

3. there is a window of vulnerability of about 5 hours duration before the memory synapses have relocked to store the newly reconsolidated material (Ecker et al., 2012c).

Transformative therapies require a willingness to ‘think outside of the box’ on the part of the therapist that are based on neuroscientific breakthroughs that were previously unavailable. The paradigm shift evolves from a largely cognitive and behavioral foundation to that of a biopsychosocial and neuronal network focus.

The second support pillar is related to Dr. Frank Lawlis’ (2006) development of the Bio-Acoustical Utilization Device (Lawlis, 2006) that has the capability of producing a binaural beat that becomes the vehicle for change. Once the selected ‘frequency’ has been established, an offset frequency (binaural) is attuned to where it subjectively causes the target-related sensations to fade or diminish.

The third foundational pillar is related to the pioneering work by Lindenfeld, et al., that has led to the finding that a unique sound can become an effective ‘key’ to temporarily disengage and alter the stored emotional aspects of the hippocampal-based memory storage vault (Lindenfeld, Rozelle, Soutar, Hummer, & Sutherland 2019b).

The exploratory development and addition of an iPhone version of RESET Therapy extends access and affordability to a vast array of potential users. Thus, the ability of those with mental health conditions to experience an affordable binaural-sound based treatment via telehealth means becomes a distinct and unique possibility. Furthermore, it enhances the mental health patient’s access to self-sustaining remediation over time and distance.

Cumulative evidence has identified associations between the immune and inflammatory systems and trauma (Lindenfeld, Rozelle, Hummer, Sutherland, & Miller, 2019a). It is known that traumatic experiences produce elevated rates of proinflammatory markers. This emerging reality becomes the challenge facing the mental health practitioner who has traditionally approached the issue primarily from a psychodynamic or cognitively-based point of view. The emergence of chronic medical conditions among those living with the after effects of trauma, as compared to those without it, has led to the exploration of a mechanistic link between trauma and other comorbid conditions, such as cardiovascular disease and or Alzheimer’s Disease.

The above awareness lays the foundation for the mental health providers increasing their involvement as a source of first referral, rather than as an option of last resort. The principles of RESET Therapy have been extended into other mental health domains including anger, aggression, anxiety, attachment and depressive issues. In preliminary studies using RESET Therapy, Lindenfeld and colleagues characterize the unique features that make it attractive to the mental health patient and clinician including:

-Its rapidity in remediating trauma symptoms reduces the need for frequent exposure sessions.

-Its minimal invasiveness from the perspective of the patient.

-The use of non-verbal, exposure-based methodology.