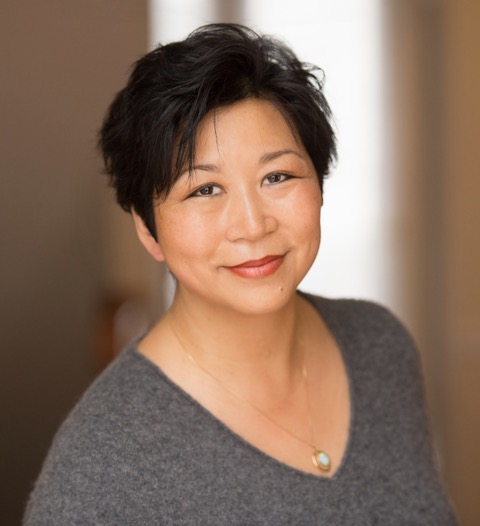 Founder of Holisticpsychiatrist.com, which provides over 200 articles and over 70 podcasts on holistic psychiatric treatment and successful clinical outcomes

Founder of the Holistic Psychiatrist Podcast, which has received over 22,000 downloads since its inception in 2021

Alice W. Lee, MD, ABoIM, ABIHM is board certified in integrative medicine and a certified Reiki master. She is a child, adolescent, and adult psychiatrist who has presented cutting-edge, clinical information on integrative psychiatric treatment and medication withdrawal at medical and energy medicine conferences. In 2009, she set a legal precedent in Maryland that opened the way for clinicians to practice holistically with less legal persecution from their state boards. Her website, Holisticpsychiatrist.com, provides over 200 articles and over 70 podcasts on holistic psychiatric treatment and successful clinical outcomes. The Holistic Psychiatrist Podcast has received over 22,000 downloads since its inception in 2/2021. Patients from all over the world seek clinical treatment from her private practice located in Lehi, Utah.

At 17, I was an artist with a passion for creative writing and an invitation to attend U. C. Berkeley. I had aspired for some distance and freedom from my dysfunctional family by getting accepted to a prestigious university, which I knew my parents wanted for me. However, my four-year scholarship to the state university persuaded my parents that the best option for me was to stay at home and commute to the university. I had mistakenly assumed that their obvious eagerness for me to attend a prestigious university was accompanied by an actual way to support my attendance there if I got accepted. I felt devastated and trapped.

Since I lived in a religiously entrenched and deeply conservative state, I thought professors at my state university would have similar perspectives (probably not true, but I was a naive teenager), so I chose to abandon my pursuit of creative writing there. Instead, I decided to become a psychiatrist, believing that it will help me gain insights into people’s psyche, find fulfillment in service, and gather experiences for writing. My decision seemed straightforward and rational until I began taking science classes in college. Swallowing information in biology, physics, and chemistry was like swallowing sawdust. I hated memorization, especially names of organisms or chemicals more than four syllables long. I wanted to quit the medical path many times, but my parents dissuaded me from quitting each time. So, despite an innate lack of talent or love for medicine, I found myself accepted to medical school anyway.

My decision to abruptly change careers when I was 17 revealed an underlying value of the highest importance to me: freedom. More specifically, creative freedom. I grew up feeling trapped, unseen, and unheard. I wanted to find self-expression and freedom in creative writing, attending U. C. Berkeley, or psychiatry. In medicine, however, I found the same stifling, rigid system with its own stifling, rigid expectations, and outcomes. Psychiatrists are trained to stuff patients into set boxes that trap them into recurrent cycles of illness, either from medication withdrawal or the inadequate resolution of underlying causes. My true allegiance is to creative freedom, and I abhor any institution or system that undermines freedom. Initially, I believed what psychiatry taught, that psychopharmaceuticals were the best forms of treatment. However, when I discovered information that functional and energy medicine approaches can offer a resolution of psychiatric disorders and ultimately, true freedom for my patients, I was determined to provide my patients with what I wanted most of all for myself.

In 1992, I was sick and tired of being a psychiatry resident and was ready to quit during my third year of residency because I didn’t like the training and experiences there. Yes, unlike others, I did not find spending 12 hours a day inside an inpatient psychiatric ward worthwhile or enjoyable. I was poised and prepared to start over and pursue my passion for creative writing. However, my training psychiatrist persuaded me to start taking an antidepressant (an SSRI) instead. This helped me to feel better, and I was able to finish the residency program as well as complete an additional child and adolescent psychiatry fellowship. However, I also quickly developed physiological dependence on this medication. Even after just a few weeks, I noticed zapping/short-circuiting sensations inside my head when I tried to stop taking it. After being prescribed the SSRI for five years, however, I decided it was time that I stopped it. I attempted many times and experienced severe withdrawal symptoms that were far worse than any despondency I felt when I started taking it in 1992. Once I finally realized that my symptoms involved withdrawal side effects, I became even more determined to get rid of my dependency on the medication. In 1997, I managed to successfully come off with some holistic herbal interventions. These experiences made me more open to alternative, natural approaches to psychiatric treatment and gain greater understanding and empathy for my patients.

In 2002, I heard about the functional use of a supplement for bipolar disorder, and then in 2003, I learned about an energy medicine approach called Emotional Freedom Technique. I began applying what I learned in my private practice and personal life. I felt much better soon after taking a multivitamin/mineral supplement. In addition, improved clinical outcomes convinced me that nutritional and energy medicine interventions had true merit. Many patients recovering from their symptoms, came off their medications, and no longer needed further follow-up, which meant a faster turnaround of patients in my practice! Despite all the transitions and changes in my practice, I continued down the path that would give my patients the freedom that I valued most in my life.

I apply the basic principles and knowledge I learned in functional and energy medicine to help “rebuild mental health from the thought up.” I’ve also adapted what I learned in each field to create new tools to help me with the diagnosis and treatment of mental illness.

When I tried to share what I initially learned with other doctors, they were not interested. So, I stopped sharing what I learned with them. When I shared my integrative insights with patients, however, they were often very open and excited about alternative, natural approaches. So, I have provided written information on my website to help them and also created podcasts that bring hope to those who are interested in a holistic approach. My focus has always been to bring insights and information to those who are open to them—the patients—rather than waste time trying to impress the medical establishment.