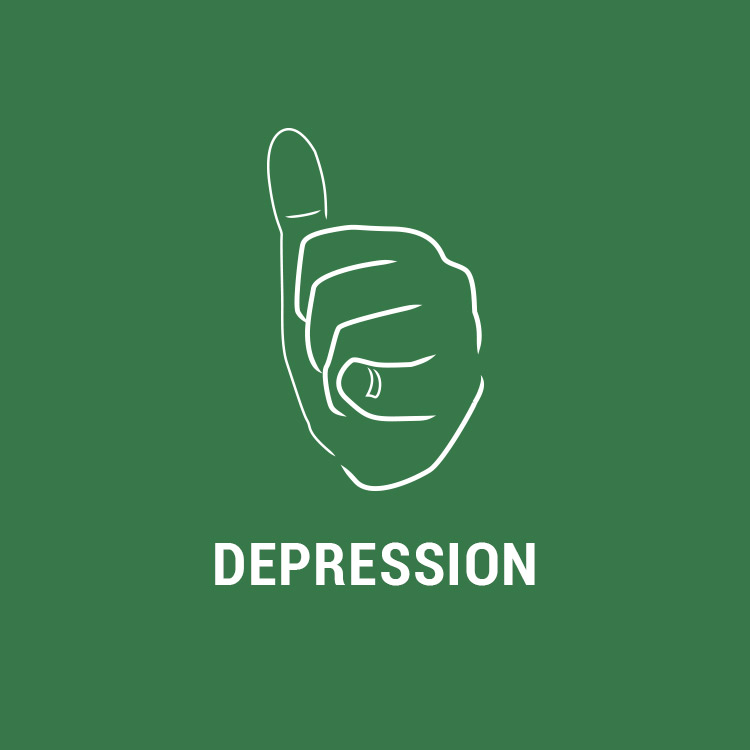 This Depression profile was created by combining stories of life experiences, lived by a number of individuals who have battled this condition. We hope you or your loved one find peace in identifying with any/all of these symptoms, because it will show you that you are far from alone. In fact, after reading these profiles, feel free to check out these stories of everyday #SameHere Heroes, as well as Celebrities, all of whom have faced their own mental health hurdles, showing that life challenges do not discriminate.

Some Common Symptoms: Feelings of hopelessness and despair, changes in activity and energy levels and low self-worth, “cloudiness” in thought process and complaints of cognitive impairment, changes in sleep patterns – whether it be sleeping too much…too little…or dysregulated sleep patterns, changes in appetite – whether it be overeating or having no interest in food at all, loss of interest in hobbies and passions that one once found enjoyable, suicidal ideations, a numbness to emotions; it is believed that these types of symptoms must persist for at least two weeks for it to be considered depressive disorder – but bouts of depression can often last weeks and even years, with many sufferers dipping in and out of depressive states.

Learn STARR Exercises that can help those of us with Depression: