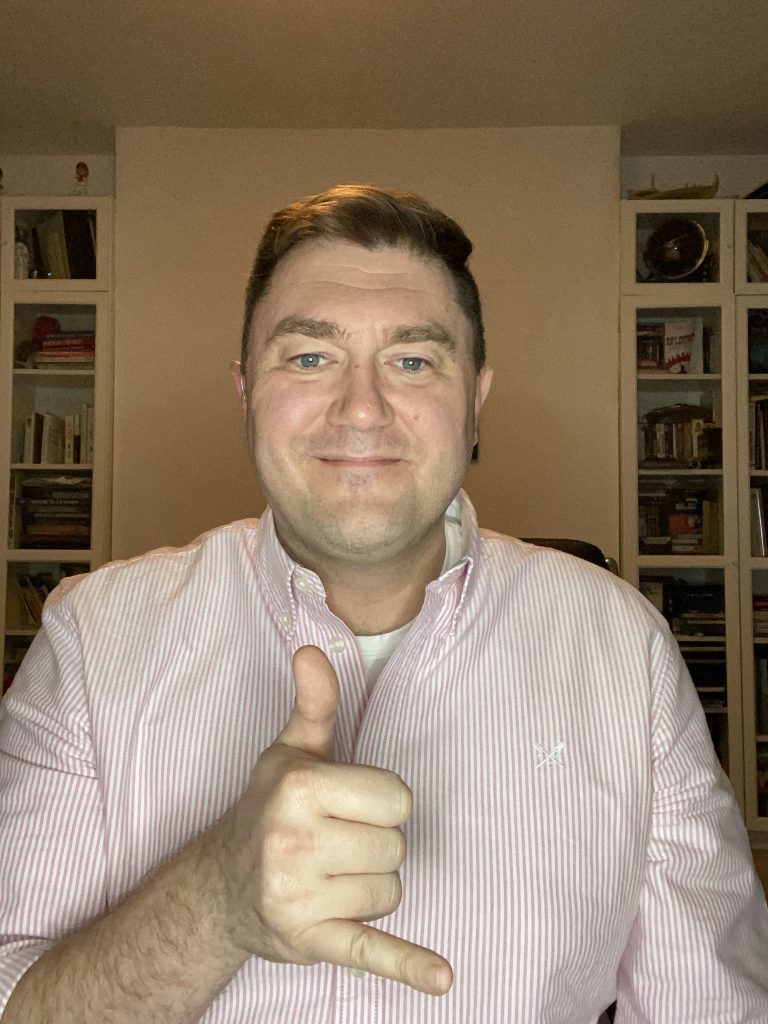 What life events or challenges that you’ve experienced (could be minor, could be major) – whether you’ve experienced them directly or via someone close to you, have had any type of impact on your ability to feel the healthiest you can feel from a mental health standpoint?

Three things come to mind when exploring this question, the first would be my journey across SE Asia that lasted a period of 3 years. When I first started working abroad, I was just a young man from the Midwest that had never set foot outside of the country. So being uprooted and reassigned to a part of the world that was completely foreign to me was a tall task, mentally. I didn’t know any of the languages, had no idea the customs and mannerisms, and certainly was not savvy on the variety of religious beliefs around the region. Needless to say, the prospect of relocating to a land where I knew nothing, knew no one, and needed to live there, on my own for a long period of time, scared me. A lot. It took me a very long time to get comfortable. Which impacted a lot of decisions while I was there.

The second was when I was in Australia. A different kind of loneliness there. Kind of a pleasant, serene, find yourself kind of lonely. Great people, great experience overall, however, at 8 o’clock in the morning coming around an icy bend in the Snowy Mountains in Kosciuszko National Park, I lost control of my truck, hit a ditch, and flipped. Had I have been on any other part of the mountain, it would have been a 200 ft drop, maybe more. That changed things for me.

Then in 2014, my brother-in-law was killed in a terrorist attack in Kabul. It’s a subject that no one really likes to discuss openly or often. It rocked the entire family to the core and forced us to find a new way forward. We were living in San Francisco at the time, and without hesitation, my wife and I immediately knew that we were going to need to relocate back to England, where she is from.

Most of my career has been dedicated to the health and wellbeing of the general masses. I’ve worked with major health care systems across the world, researchers, and technology companies dedicated to improving people’s lives. I often wonder why the last person I take care of in so many ways, is myself.

How did those life events/challenges listed above impact your ability to think, feel and function on an optimal level? If so, did this have any impact on work performance?

Each event had a different effect and I took different learnings from each, respectively. With SE Asia, I learned that most of my fears were unfounded and that the media does a great job of manipulating an impressionable mind into believing what it wants you to when it comes to people, places, religious differences. My entire belief system changed over my period in SE Asia. The challenges that would arise due to my own preconceived notions quickly went away when I let myself be open to the possibility that I didn’t know everything about everyone and that I could be, and was, wrong about so many things. I spent too much time as a recluse in this stage of my life.

Australia opened my eyes to what is important. Aside from the physical pain, I dealt with from the accident, emotionally I was torn to shreds. For a variety of reasons. Realizing that had I rolled one more time in the truck or had it been anywhere else on the mountain and I’d be gone impacted me pretty hard. Mainly because I felt I had made some mistakes in the past that didn’t quite sit right with me. Things I knew needed rectifying with my family. WIth a certain someone that I’d let go when I shouldn’t have to. And while I knew I needed to change some things, I didn’t know-how. Yet.

Finally, when Del passed, yea that changed everything. There was so much heartache there. There still is. It’s hands down, to date, the most difficult period of time I’ve experienced in my life so far. It brought everything to a halt, we had to throw all plans out the window, and come up with a new one fast. On top of processing the tragedy itself. Which is just unbearable to spend a lot of time thinking about. He was such an impactful person in our life, and frankly, I hardly knew the man at the time. Since his passing, I’ve come to know him well.

How did those events impact you emotionally/morally? Did they influence the way you view mental health?

They all served a bigger purpose for me that I was unaware of at the time. And yes, they all impacted me emotionally and morally. They made me, me. And I’m better for that. They did not necessarily change the way that I viewed mental health, they changed the way that I approached it. It was suddenly a subject that I gave more time to, that I explored more. It made me realize that we all have weak points, we all struggle, and that managing your own mental health and finding coping outlets and mechanisms at the time of need is a required practice. Not that I’m particularly great at consistently practicing them if I’m honest. I’m better than I used to be.

What methods or practices have helped you become more mentally fit, optimizing the way you think, feel, function overall?

For me, it’s all about breathing and meditation. And talking to my wife and playing with my kids. If I find myself in a rough spot I am better at recognizing it than I am at taking action sometimes, but thankfully, my wife has the ability to kick me into gear if I fail to do so myself. And no one can motivate me as she can. But the meditation and breathing exercises do so much for me. Problems find solutions faster, and I keep a more organized mind.

I share it with anyone who asks, really. Anyone that takes the time to go a little deeper to get to know me, I will happily speak with you about it. Because it helps them to open up as well. Which makes the relationship that much more rich and meaningful. And that’s what it’s all about, right? Connection. This world is hard enough. So many people try to brave it alone and bottle it up. I’m always here to listen and let them know that they don’t have to go it alone.

If you have told your story before, how did people react when you went public? If you have not previously shared your story, how do you think people will react?

People tend to ask a million questions and begin sharing their own stories. Which is exactly what I hope they will do. Talking lowers the barrier to accepting help. It makes you recognize that you are not alone. And sharing stories might just help the next person who is struggling with their own mess get through it.

Family Life Time Solutions, Inc., D/B/A * The #SameHere Global Mental Health Movement: We’re All A Little “Crazy,” nor its affiliates provide clinical or medical care of any kind via their relationship with We’re All A Little “Crazy.” At no time should a visitor/follower have an expectation of care or professional services being available or rendered.*